Vic Fangio has turned the Denver Broncos loose on the blitz 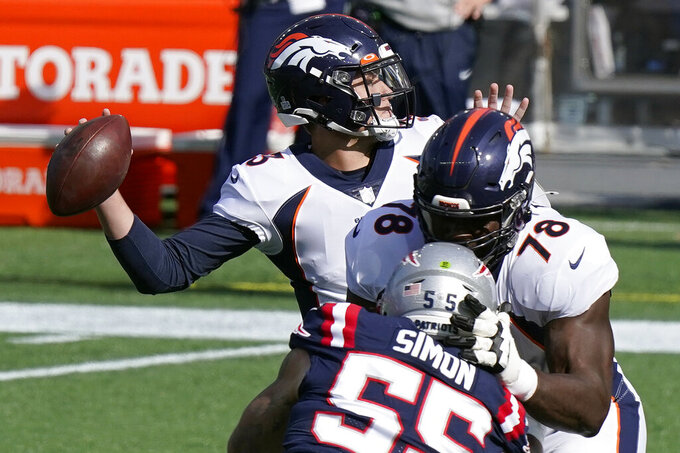 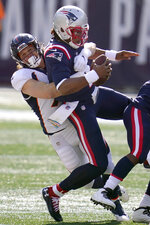 ENGLEWOOD, Colo. (AP) — Vic Fangio isn’t known as a blitzing kind of guy, although he insists he was once the “leading blitzkrieger in the NFL.”

“I’ve been calling defenses now for 20-something years, but the last few years with the defenses that I had in San Francisco and Chicago we didn’t need to,” Fangio said. “But it’s there when it needs to be had and obviously it was there” Sunday in the Broncos’ 18-12 win at New England.

With the Patriots facing fourth-and-10 from the Denver 24 with 1:03 remaining, Fangio called a double safety blitz for the first time in his long coaching career.

“That’s very Vic-esque,” safety Justin Simmons said. “He’s the type of guy that just has a great feel for the game in terms of play-calling and he just felt it was the right time to call it.”

Although Simmons and Kareem Jackson didn’t get to Newton, they forced him to hurry his throw, which skittered past N’Keal Harry, sealing Denver’s first win in Foxborough since 2006.

In a winless September that began with Von Miller’s freak ankle injury, the Broncos had just four sacks and two takeaways.

Since dialing up the blitz against the Jets and Patriots, the Broncos (2-3) have 10 sacks and three takeaways.

Pressuring the quarterback. But Fangio noted that next week’s opposing QB, Patrick Mahomes, doesn’t get sacked a lot and doesn’t throw many interceptions.

Kicker Brandon McManus’ six field goals were a franchise record, but the Broncos will have to finish drives to have a chance of snapping their nine-game losing streak to the Chiefs.

DE Shelby Harris tipped two passes, one of which was intercepted by DeShawn Williams. Harris now has a dozen deflected passes since the start of last season, most among NFL D-linemen.

“He’s really good at it. He’s probably the best I’ve been around in that regard,” Fangio said, crediting Harris’ weight loss, physical conditioning and improved overall play.

“Yesterday’s batted ball that we got the interception on with DeSean, that was a great rush,” Fangio said. “A lot of times batted balls are from guys that are stuck on the line, but he had a great rush going, really affected that play.”

2: games in a row that the Broncos have had both a 100-yard receiver and a 100-yard rusher after going 70 games without such a duo. Tim Patrick caught four passes for 101 yards and Phillip Lindsay ran 23 times for 101 yards Sunday. The previous time Denver had back-to-back 100-yard rushing/receiving duos was Oct. 18-Nov. 1, 2015, when they did it against the Browns and Packers surrounding their bye week.

Fant’s return from a high ankle sprain should help the Broncos finish drives when they host the Chiefs, but offensive coordinator Pat Shurmur will also have to find ways to get rookie WR Jerry Jeudy (two catches for 32 yards) more involved.

Also, with RB coach Curtis Modkins isolated following his COVID-19 positive test Saturday, Fangio said the Broncos will further space out their players. The offense has already relocated to the team’s indoor practice facility with the defense occupying the regular locker and meeting rooms. Fangio said some defenders may now also move to the massive indoor facility.

By Schuyler Dixon 5 minutes ago
By The Associated Press 2 hrs ago
By Barry Wilner 7 hrs ago
By W.g. Ramirez 10 hrs ago
By Greg Beacham 12 hrs ago