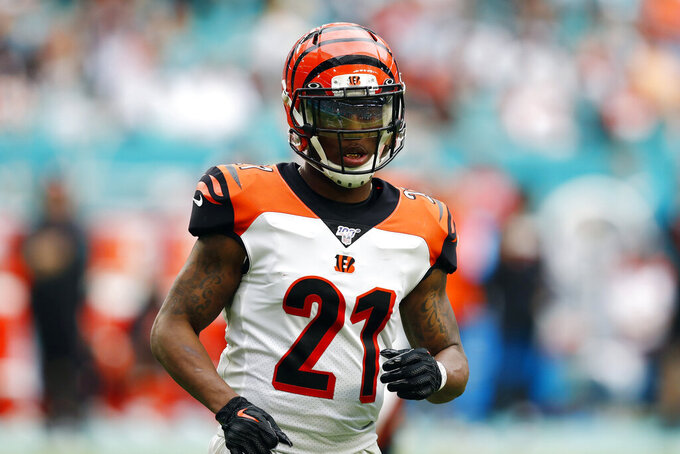 FILE - In this Dec. 22, 2019, file photo, Cincinnati Bengals defensive back Darqueze Dennard (21) runs during the second half at an NFL football game against the Miami Dolphins in Miami Gardens, Fla. The Atlanta Falcons have signed former Bengals cornerback Darqueze Dennard, who adds needed experience to a young secondary. (AP Photo/Brynn Anderson, File)

Dennard, a first-round pick by the Bengals in 2014, has made 24 starts in 77 games. He has three interceptions, two forced fumbles and 22 passes defensed in his six seasons and started five games in 2019.

Dennard agreed to sign a three-year, $13.5 million deal with Jacksonville in March but the two sides couldn’t finalize the terms. Instead, the free agent became the seventh former first-rounder to sign with the Falcons. The team announced the signing on Monday before its training camp conditioning workout.

Dennard is a native of Dry Branch, Georgia, who played at Michigan State.