Browns WR Switzer's infant son out of hospital after surgery 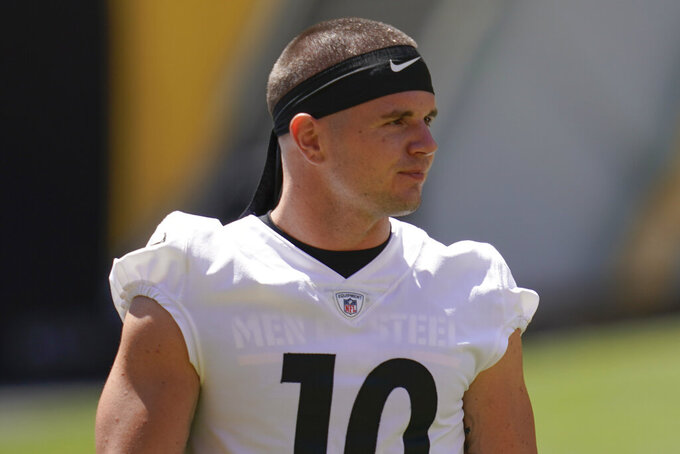 Switzer posted a short video and message Wednesday on Twitter showing his son playing with toys on the floor following his health scare. He said Christian was discharged on Tuesday evening.

Switzer had asked for prayers and provided updates about his son over the weekend. He said the family didn't get any “clear answers” on why his son woke up in his own blood and then had additional bleeding spells. Christian, who had tested positive for COVID-19, had surgery on Sunday.

“To see him sleep through the night with no bleeding and wake up in a playful mood this morning means our prayers are being answered,” Switzer wrote. “Thank you all.”

The 26-year-old Switzer spent last season on Cleveland’s practice squad. He was drafted by Dallas in 2017 and spent two years with the Pittsburgh Steelers.