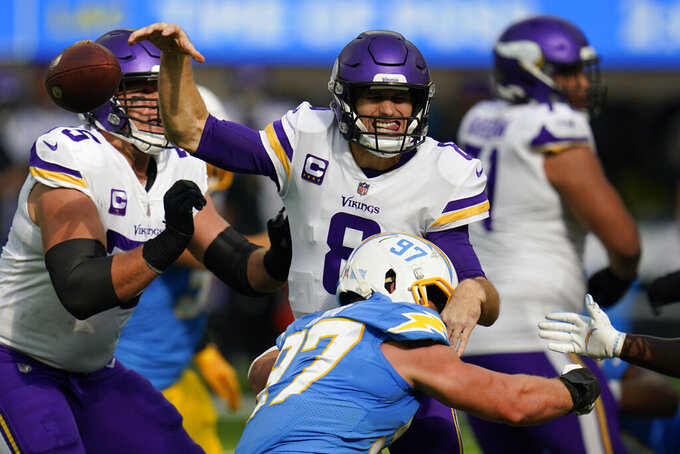 COSTA MESA, Calif. (AP) — The Los Angeles Chargers may be missing a pair of important defensive players going into Sunday's game against the Pittsburgh Steelers after linemen Joey Bosa and Jerry Tillery entered the league's reserve/COVID-19 protocol on Tuesday.

Bosa is tied for the league lead with three strip-sacks and has 5 1/2 sacks this season. He has a sack in two straight games and three of the past four.

Tilley has started eight games and is third on the team with eight quarterback hits. He also has 2 1/2 sacks.

Los Angeles (5-4) has three players in protocol after linebacker Drue Tranquill entered last Friday and missed the team's 27-20 loss to the Minnesota Vikings.

The Steelers (5-3-1) are expected to be without safety Minkah Fitzpatrick, who was placed on the list Monday. Coach Mike Tomlin said quarterback Ben Roethlisberger has a chance to play after missing the Detroit game, but that they are preparing for backup Mason Rudolph to start.

Tomlin said Roethlisberger will be virtually participating in meetings this week.