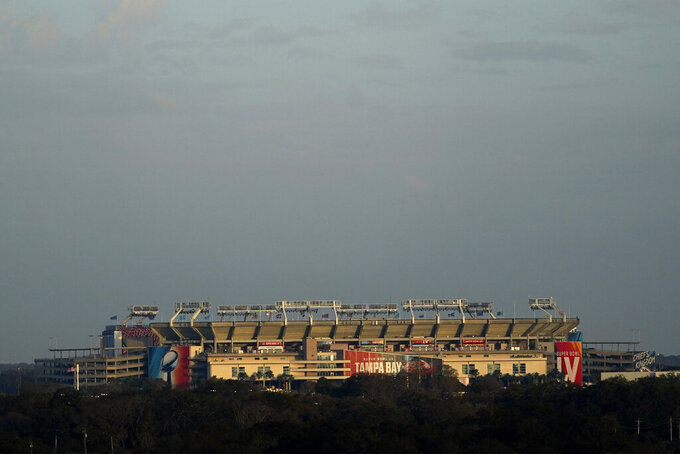 TAMPA, Fla. (AP) — The Kansas City Chiefs and Tampa Bay Buccaneers will each have key receivers who were questionable with injuries available to play in the Super Bowl.

Chiefs wide receiver Sammy Watkins was cleared to play Sunday night after missing Kansas City's past three games with a calf injury. That gives Patrick Mahomes another trusted target to go along with the likes of wide receiver Tyreek Hill, Demarcus Robinson and Mecole Hardman, and tight end Travis Kelce.

Tom Brady will have both wide receiver Antonio Brown and tight end Cameron Brate to throw to after both were not among the Buccaneers' inactives.

Brown sat out Tampa Bay's NFC championship game win over Green Bay because of a knee injury. Brate had been dealing with a back issue that ailed him earlier in the week.

The Buccaneers will also have safeties Jordan Whitehead (shoulder) and Antoine Winfield Jr. (ankle) in the secondary after both were listed as questionable.

Tampa Bay running back LeSean McCoy will also be available to play after he was inactive last year for Kansas City's Super Bowl victory.