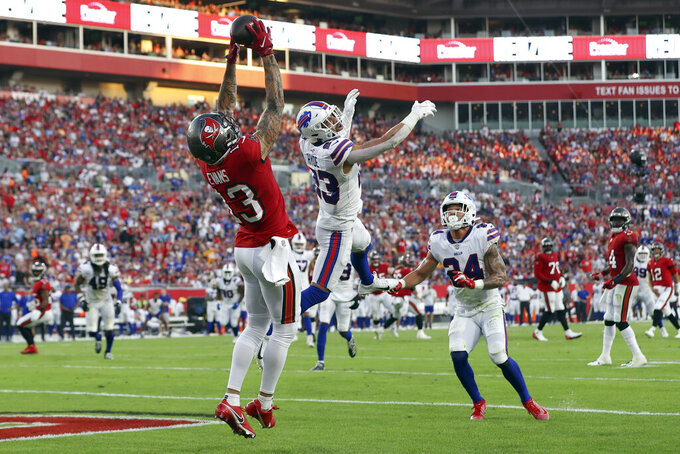 CHARLOTTE, N.C. (AP) — To Indianapolis Colts coach Frank Reich, it was just a matter of time before his team would be adding a few players to the NFL's COVID-19 list.

“It’s interesting that since we had more unvaxxed players than the average around the league that we were one of the last teams to (test) positive,” Reich said. “You kind of feel like it’s going to catch up with you at some point just because the virus is so rampant. But this is what you prepare for, hitting adversity you don’t expect, although this is something we probably could have expected to hit us at some point.”

As for changes in operations this week, Reich said: “There are going to be some elements that are virtual this week. It could be all meetings are virtual and guys just come in for practice.”

The NFL mandated that all media covering playoff teams and games, and the Super Bowl, must have received a COVID-19 booster by Jan. 12. Exceptions are for:

— An individual who is not eligible for a booster pursuant to the CDC definition;

— An individual who has tested positive for COVID-19 in the past 90 days;

— An individual who received monoclonal antibodies within the immediately preceding 90 days.

— The Carolina Panthers sent all of their players home from Bank of America Stadium after six more players tested positive for COVID-19 on Monday.

That brings the total number of Carolina players on the COVID-19 list to 13.

Panthers coach Matt Rhule said the decision to send players home was made “to stem the tide” and get things under control. The team will conduct its meetings virtually until then, and Rhule is hoping to have players back in the building for practice on Wednesday.

The Panthers lost 32-6 to the Tampa Bay Buccaneers on Sunday and have been eliminated from playoff contention. They visit the New Orleans Saints on Sunday.

Because left guard Andrew Norwell is unvaccinated, he will be out at least 10 days under NFL protocols and will miss Sunday’s game at New England. The other nine players are vaccinated and have a chance to play against the Patriots.

The Jaguars already ruled out pass rusher Josh Allen, who also is unvaccinated and won’t be cleared in time to play. He tested positive for COVID-19 on Friday along with receiver Laviska Shenault and right guard Ben Bartch.

— The Tennessee Titans got left guard Rodger Saffold and rookie defensive back Elijah Molden back from the COVID-19 list. They still have two other offensive linemen still on the list, and they also put four players — including three starters — on the list, including outside linebacker Bud Dupree, wide receiver Julio Jones, defensive back Buster Skrine and receiver Nick Westbrook-Ikhine. They also put cornerback Caleb Farley, who’s on injured reserve, on the list.

Tennessee can clinch the AFC South for a second straight year with one victory or an Indianapolis loss. The Titans host Miami on Sunday.

— The Cleveland Browns, who have been hit as hard as any team by COVID-19 the past few weeks, activated eight players, including defensive end Jadeveon Clowney and running back Kareem Hunt.

Clowney has missed the past two games -- both losses -- and his return will help a pass rush that hasn’t been the same without him. Starting left tackle Jedrick Wills Jr. is also back. He’s been replaced the last two games by left guard Joel Bitoni, who can slide back to his usual spot.

— The Cincinnati Bengals placed backup quarterback Brandon Allen and already-injured cornerback/kick returner Darius Phillips on the list. Phillips (shoulder), who was the Bengals’ primary kick returner, has been on injured reserve since Dec. 9.

Allen has been the No. 2 quarterback behind starter Joe Burrow. The team will likely have to add a quarterback to the roster.

— The Seahawks added defensive end L.J. Collier to the list. Collier played 25 snaps in Sunday’s loss to the Bears. Seattle has six players from the 53-man roster on the virus list.