Dolphins bringing back 3 former players as part of staff 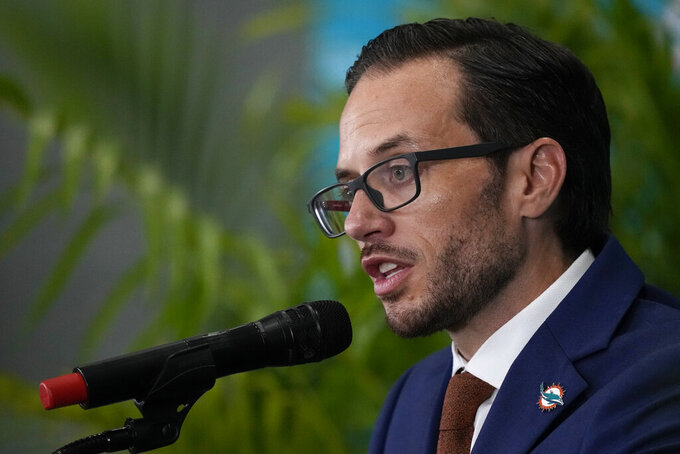 Among the hires, many of which had already been revealed but were finalized Friday: Wes Welker as wide receivers coach, Sam Madison as a cornerbacks and pass game specialist coach, and Patrick Surtain as a defensive assistant.

Madison and Surtain were teammates in the Miami secondary, combining for 60 interceptions as members of the Dolphins. Welker spent three seasons with the Dolphins and remains the team’s all-time leader in kickoff return yards.

Dave Puloka is returning as the team’s head strength and conditioning coach.