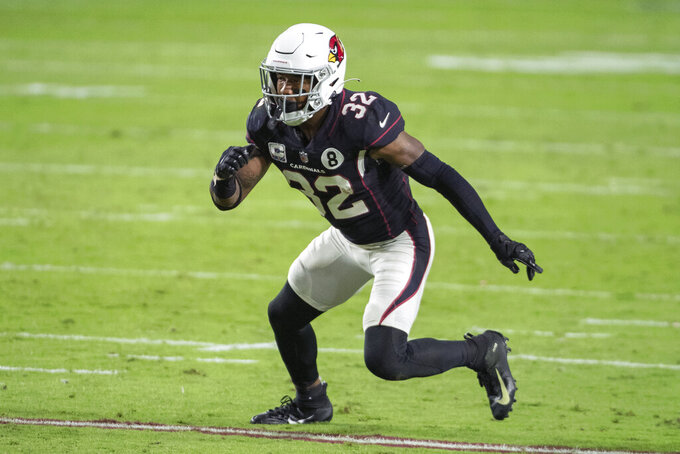 Tennessee running back Derrick Henry, who ran for 2,027 yards to win his second consecutive rushing title, was named All-Pro for the first time after leading the AFC South champion Titans to their first division title in 12 years.

Donald, who has helped the Los Angeles Rams to the top-ranked defense in the NFL, earned his sixth All-Pro selection. It was the third for Kansas City's record-setting Kelce.

“I think the best display of greatness is making people around you better,” Rams coach Sean McVay said of Donald. “And that’s exactly what he does, by the way he influences them every single week.”

Mahomes lauded Kelce for the way he approaches his job.

“For a guy to have that much talent, work that hard and be able to learn really every single day like that, that’s what makes him so special on the field,” Mahomes said.

Joining Donald and Kelce were 15 players returning to the squad, and 14 newcomers. Seattle linebacker Bobby Wagner also made his sixth squad.

“The marvelous durability that he’s demonstrated for middle linebacker after all these years is just off the charts,” Seahawks coach Pete Carroll said.

Kansas City receiver Tyreek Hill is now a three-time All-Pro along with Rodgers, among the favorites to win MVP after guiding the Packers (13-3) to the top seed in the NFC.

“For me, honestly, I think it’s just been finding different small things that I can get better at,” Adams says. “I feel like I’m a pretty complete receiver. ... It’s just fine-tuning the things I do well and just figuring out a way to do them even better.”

Diggs was traded by Minnesota to Buffalo in the offseason and made a huge impact as the Bills won their first AFC East title in 25 years.

“For me, it was just in whatever situation I was going to be put in or chosen in, I was just going to embrace,” said Diggs, who finished the regular season with 127 catches for 1,535 yards and eight touchdowns.

The Packers and Colts led all teams with four All-Pros apiece. Green Bay left tackle David Bakhtiari, who is out for the playoffs after injuring a knee in practice during the final week of the regular season, made it for the second time. Center Corey Linsley was a first-time selection.

Indianapolis has interior lineman DeForest Buckner and linebacker Darius Leonard on the defense, left guard Quenton Nelson on offense, and George Odum as the special teamer. Nelson is a three-time All-Pro, Leonard a double selection, while Buckner and Odum made it for the first time.

Also on defense were edge rushers T.J. Watt, the NFL's sacks leader for Pittsburgh who is on his second All-Pro Team, and newcomer Myles Garrett of Cleveland; San Francisco linebacker Fred Warner (first selection); cornerbacks Xavien Howard (first) of Miami, the league's interception leader, and Jalen Ramsey (second) of the Rams; and safeties Tyrann Mathieu (third) of Kansas City, Minkah Fitzpatrick of Pittsburgh and Budda Baker of Arizona, both for the second time. There was a tie between Fitzpatrick and Baker for the second safety spot.

The long snapper position is new to the All-Pro Team in 2020, and Baltimore's Morgan Cox was the choice. Chicago kick returner Cordarrelle Patterson made it for the fourth time. The rest of the special teams positions were newcomers: Miami kicker Jason Sanders, New England punter Jake Bailey and punt returner Gunner Olszewski.

In all, 18 players represent the AFC, which is considered the stronger conference this season, and 11 for the NFC. Exactly half of the 32 clubs have a 2020 All-Pro.