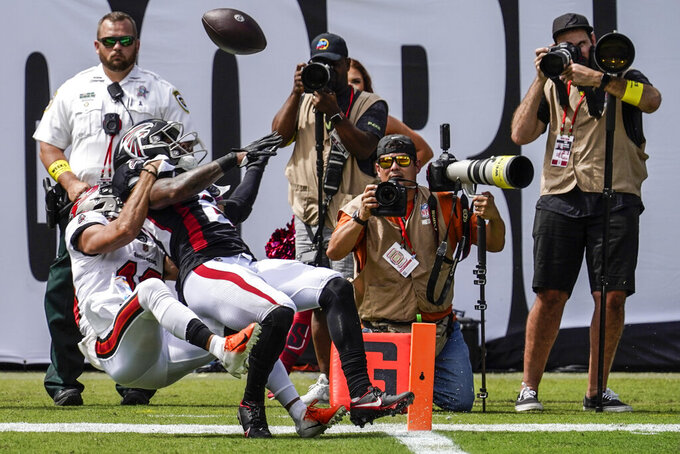 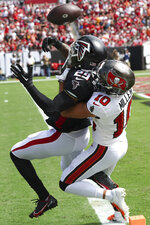 Hayward hurt his shoulder attempting to tackle San Francisco's Deebo Samuel in the fourth quarter of Sunday's 28-14 victory over the 49ers.

Hayward is an 11-year veteran who joined Atlanta as a free agent during the last offseason, giving the team another outside cornerback to team with A.J. Terrell.

The duo has been highly effective, helping the Falcons (3-3) get off to a stronger start than expected in a rebuilding year.

Hayward, Terrell and another defensive back, Isaiah Oliver, went out with injuries against the 49ers.

Coach Arthur Smith said Terrell and Oliver were not expected to miss much time, but Hayward's injury was described as a potentially long-term issue.

The coach did not specify how long Hayward might be out.

Darren Hall, a fourth-round pick in 2021, is expected to take over Hayward's starting role in the secondary.