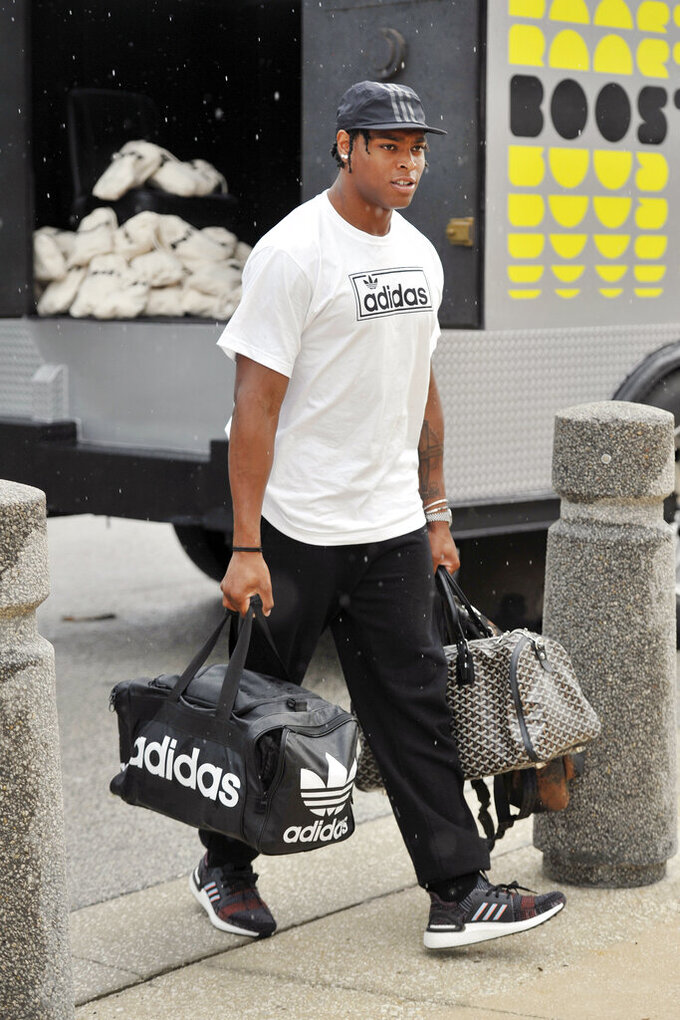 Ramsey said Sunday the stunt, which included an armored truck and a comedian posing as its driver, was merely meant to lighten the mood and have a little fun before Jacksonville's two-week grind.

"I'm serious about football, of course," Ramsey said after the team's fourth practice. "But at the same time I'm going to have fun. I'm going to be an entertainer as well as a football player. ... I want to bring as much attention to it as I can in a positive way."

His performance , which came as players reported for camp, drew laughs from teammates and coaches.

Ramsey crouched in the back of an armored truck, peered through a small window and waited for his introduction. The two-time Pro Bowl cornerback then flung open both doors, revealing dozens of phony money bags and a huge smile. As Ramsey exited the truck, the driver — comedian HaHa Davis — said into a megaphone, "It's time to get this money, money."

"I told him he needs to have some real money in the truck," running back Leonard Fournette said.

Added coach Doug Marrone: "I was like, 'Those Adidas people know how to market.' You know what I'm saying?"

Ramsey is entering the final year of his $23.3 million rookie contract. The Jaguars exercised the fifth-year option in the deal, meaning he's also tied to the club for $13.7 million in 2020.

But Ramsey expects a new contract before next July, and his grand entrance provided a glimpse of what could be a season-long push to become the highest-paid cornerback in NFL history. Jacksonville is unwilling to give him an extension with two years remaining and already told him so.

"It was a good collaboration," Ramsey said. "A lot of people took it way too serious."

Ramsey is widely considered the best cornerback in the league. He has nine interceptions and 44 pass breakups in three seasons while typically shadowing each opponent's No. 1 receiver.

He caught a touchdown pass in the fourth quarter of the Pro Bowl in January and has made it clear to new Jaguars offensive coordinator John DeFilippo that he would like to get some time on offense this season.

"Oh, for sure," Ramsey said. "Almost every day I holler at Flip. Tune in."

So it's a good chance for Ramsey to prove his worth.

"What people see on the outside, they're going to form an opinion," Marrone said. "But I can tell you, as soon as he crosses into our building, it's all about doing what's best for the team and doing everything from that nature. ... Jalen's done a good job of coming in here, communicating with his coaches all through the year, working hard, in great shape, ready to go, and he talks about team in here. That's what my concern is.

"What happens on the outside — as long as our players are good husbands, good fathers or giving back to the community — that's all my concern is. The other stuff, again, it's become part of it."