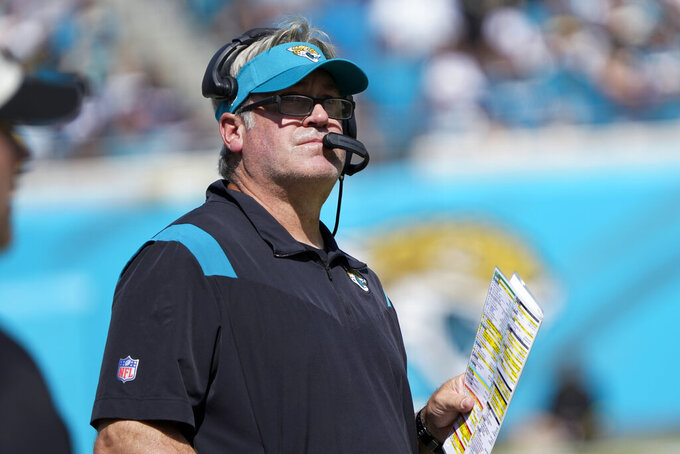 Miller fills left guard Ben Bartch's roster spot. Bartch was placed on injured reserve with a dislocated left knee, and coach Doug Pederson said he's done for the season. Bartch is the first starter Jacksonville (2-3) has lost to a season-ending injury in 2022. Peters fills reserve outside linebacker K’Lavon Chaisson's roster spot. Chaisson was put on short-term IR with a sprained left knee and is expected to return next month.

Miller was drafted in the third round in 2015 by Buffalo. He has started 84 games with the Bills (2015-18), Cincinnati (2019) and Carolina (2020-21). Pederson said veteran Tyler Shatley, the most tenured player on Jacksonville's roster, will start at Indianapolis on Sunday.

Peters has played in 153 games over his 12-year career, including 11 starts for Arizona last season. He has 319 tackles, 19 sacks and 10 pass breakups.