Luck to take another week off because of lower leg injury 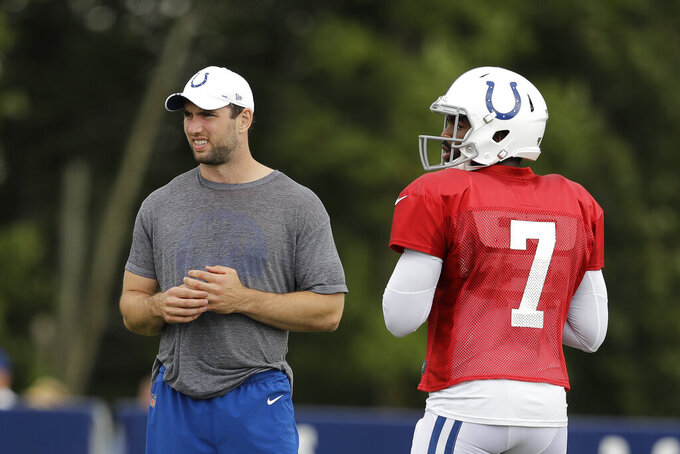 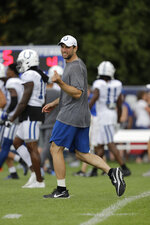 INDIANAPOLIS (AP) — Andrew Luck will miss another week of practice as he continues recovering from a lower left leg injury.

He last practiced July 28. The Colts already had said the injury probably would keep Luck out of the entire preseason.

Luck was initially diagnosed with a strained calf in March and did not participate in any of the team's offseason workouts. When training camp opened, he was limited to individual drills and seven-on-seven but no full team drills. But when the pain persisted, Luck returned to rehab and was only permitted to run the starting offense in walkthroughs.

The Colts also signed running back James Williams and waived defensive end Dadi Nicolas amid a rash of running back injuries.

By Steve Reed 2 minutes ago
By Arnie Stapleton 4 hrs ago
By Dennis Waszak Jr. 7 hrs ago
8 hrs ago
By Paul Newberry 10 hrs ago