Matchup of division leaders: Seahawks vs Giants. The Giants? 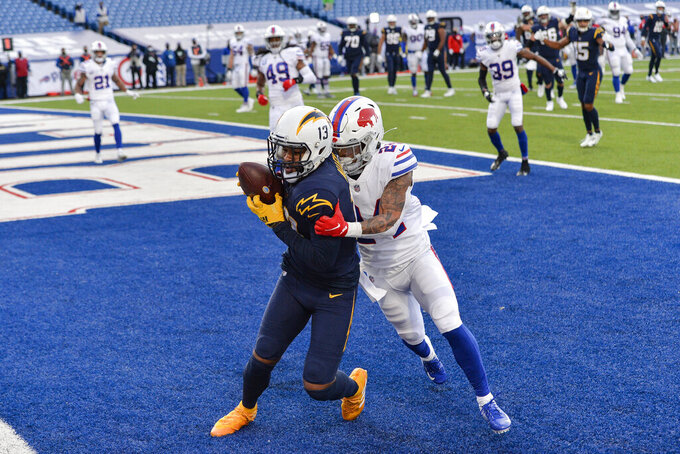 In this strangest of NFL seasons in this weirdest of years, here's a matchup of division leaders you wouldn't expect: Seattle hosting the New York Giants.

Certainly the Seahawks on top of the tough NFC West is no stretch. They are 8-3, have a dynamic offense and improving defense, and plenty of pedigree under coach Pete Carroll. It's their opponent that makes little sense — except in 2020.

New York is 4-7, has yet to beat a team with a winning record, and enters the most difficult portion of its schedule. Yet the Giants are tied atop the awful NFC East with Washington, which it has beaten twice.

“If you win your division, you win your division,” Carroll says, and he knows: Seattle went 7-9 in 2010 and won the NFC West, then beat New Orleans in a playoff game. “That’s the way it was then, that’s the way it is now, and I don’t think there’s any problem with it. Whoever comes out of that division, the division champ, whoever plays them better look out. There’s a lot going on that side of it in what you want to prove and how you want to go about it.”

The Giants' defense has played well during a three-game win streak, but starting quarterback Daniel Jones has a hamstring issue and might sit in favor of Colt McCoy.

“Just being prepared, that’s the name of the game,” McCoy says. “That’s why the Giants brought me here. I think that’s the expectation. If your number is called, whether it’s quarterback, receiver, on the other side of the ball on defense, when you have to step up, you have to step up. I just have to be mentally prepared for whatever happens.”

While Cleveland is chasing a wild-card playoff berth thanks to Pittsburgh's dominance — and it is odd to be mentioning the Browns and the postseason together — the Titans are atop the AFC South. They come off impressive away victories against Baltimore and Indianapolis and can establish themselves as true contenders with another strong showing.

The Browns have benefited like no one else from a weak schedule. Teams they have beaten are a combined 17-47-2 right now. They should get back star defensive end Myles Garrett after missing the past two games with COVID-19. Garrett is tied for second in the NFL with 9½ sacks. He certainly will be tested by the league's leading rusher, Derrick Henry.

Think the Rams like playing the Cardinals? LA has won six straight in the series and five straight in Arizona. Rams coach Sean McVay is 6-0 against the Cards; LA has outscored Arizona 195-56 in McVay’s tenure.

“What’s occurred in the past has nothing to do with this game," McVay predictably says. "There is continuity at the coordinator spots, but these guys are playing really well. They have great playmakers in all three phases.”

The Rams top the league with 17 points allowed per game, and second with 297 yards allowed a game, with an NFL-low 11 touchdown passes allowed.

Arizona has lost three of its past four games, the only win coming on the desperation heave from Kyler Murray to DeAndre Hopkins with 2 seconds left against Buffalo.

As bad as things have been for the Bengals, Brandon Wilson returned a first-quarter kickoff 103 yards for a touchdown, the longest scoring play in team history, against the Giants. Wilson is tied for first in the NFL with five kickoff returns of at least 40 yards.

Miami knocked off the Jets with Ryan Fitzpatrick subbing for Tua Tagovailoa (thumb) and now FitzMagic gets a shot at another of his many former teams. He got top wideout DeVante Parker going again: Parker had a season-high 119 yards receiving against the Jets, more than in Tagovailoa’s four starts combined.

The Steelers stand on the verge of a playoff spot. They can wrap up the AFC North with a win and a Browns loss. And they get a playoff spot with a win or losses by the Raiders, Dolphins or Colts. But they probably need to keep winning with Kansas City right behind in the conference standings and only one bye available this postseason.

Washington has won two straight to remain in the muddled mix of the NFC East.

After playing the Steelers tough if not artistically in a loss on Wednesday, the Ravens hope to be far less undermanned because of COVID-19 issues when they host the Cowboys. Baltimore should have starting quarterback Lamar Jackson and several other regulars back, but remains almost as injury-ravaged as Dallas, which has dropped five of six.

The Raiders need a rebound after that fiasco in Atlanta, and the Jets might be just the tonic. Sure, the Raiders tend to struggle in the East, but the Jets, as their record indicates, struggle everywhere.

Still, Las Vegas has lost six straight road games against the Jets since a 34-13 win in 1996. The Jets’ 11-game losing streak is their longest in a single season. Another loss would tie the team mark for longest overall skid, which spanned the 1995 and ’96 seasons under Rich Kotite.

Indy has not lost consecutive games this season, but was routed at home by Tennessee last week. The Texans have won two straight for the first time this season, but had receiver Will Fuller and cornerback Bradley Roby suspended for six games each this week for violating the league’s policy on performance enhancers drugs.

The Colts have won five of the past seven in this series. Philip Rivers is expected to make his 236th consecutive start, breaking a tie with Charles Woodson for ninth overall starts in league history.

Denver is expected to have all its quarterbacks after COVID-19 issues forced the Broncos to use rookie wideout Kendall Hinton at QB last week against New Orleans. Hinton was 1 of 9 for 13 yards with two interceptions, and the Broncos gained 112 yards in the loss.

Kansas City clinches the AFC West with a win and a Las Vegas defeat. The Chiefs are trying to go 11-1 for the second time in franchise history (2003). Patrick Mahomes has thrown for at least 300 yards seven times this season and has 22 straight games with at least one TD passing.

Simply put, a win for the Saints and a loss by the Bears clinches a playoff berth for New Orleans. There are other scenarios involving ties.

New Orleans has won five of the past six in this heated rivalry, getting to Matt Ryan often. The Saints have sacked Ryan a total of 17 times in their past two meetings, and Cameron Jordan has 21 career sacks of Ryan, an NFL record by one defender against a single QB.

Though Atlanta's defense is susceptible to the pass, there is danger lurking. Linebacker Deion Jones has returned five interceptions for touchdowns, the most by any player since Jones entered the league in 2016, and the most by any linebacker since 2006. His latest was a 67-yard pick-6 against the Raiders.

While Philadelphia's offense has become dysfunctional with slumping quarterback Carson Wentz, a sievelike line and mediocre receivers, the defense has kept the Eagles competitive in three straight losses.

Things are much brighter in Titletown. Aaron Rodgers is playing at the highest level and, despite no top-line wideout to join him, Davante Adams has 11 TD receptions, behind only Kansas City’s Tyreek Hill (13). Adams has the most touchdown catches by a Packer through 11 games since Billy Howton had 12 in 1956.

“Aaron obviously has a great command of the offense and everything runs through him and how he controls things," says Eagles coach Doug Pederson, "and that’s kind of what you see in games and on tape — just how smooth things are operating and Aaron really kind of thinking the same way the play caller’s thinking.”

The game is being played at the Cardinals’ stadium in Arizona after COVID-19 rules prohibited games at San Francisco’s home stadium. The Niners also practiced this week in Arizona and will spend about three weeks there.

Strangely, this is the Patriots' first trip to Los Angeles in 28 years, and it's a doubleheader. They are at SoFi Stadium again on Thursday night to play the Rams.

New England has won the past five meetings, including a 2018 divisional playoff game. The Patriots are getting a boost from placekicker Nick Folk. With his 50-yard, game-winning kick as time expired last week against Arizona, Folk became the first kicker in one NFL season to convert multiple such field goals of 50-plus yards as time expired.

Chargers WR Keenan Allen leads the NFL with 85 receptions and has a TD catch in five straight games.

Over the past five games, four of them wins, Vikings QB Kirk Cousins leads the NFL with a 124.3 passer rating and is third with 12 passing touchdowns.

The Jaguars have lost 10 straight, the longest single-season streak in team history, and fired general manager Dave Caldwell. They lost 13 consecutive games from Dec. 2, 2012, through Oct. 27, 2013, for the longest overall slide.

Could the Bears go from 5-1 and in playoff contention to last place in the NFC North? With the way the offense is sputtering and the defense no longer so fearsome, why not?