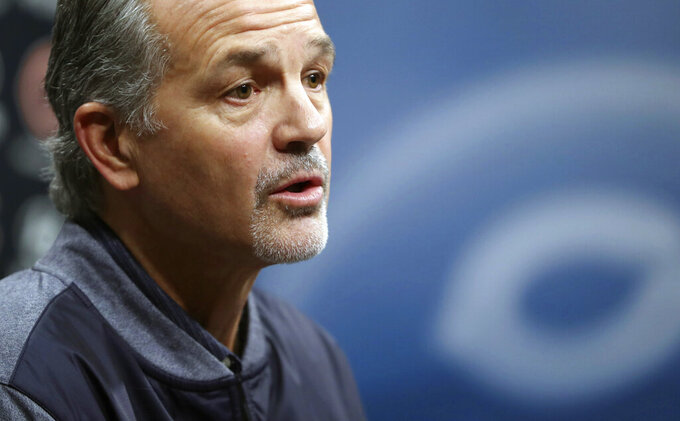 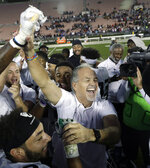 LAKE FOREST, Ill. (AP) — Chuck Pagano is ready to embrace the "opportunity of a lifetime" as the Chicago Bears' defensive coordinator.

He inherits a group that ranked among the best in the NFL and helped Chicago win the NFC North after four straight last-place finishes. The Bears made the playoffs for the first time in eight years in their first season under coach Matt Nagy.

"It's an opportunity of a lifetime," Pagano said Thursday. "Sitting out — 33 years in coaching and then sitting out last year — I can't tell you how excited I am to be back on the grass, and at such a special, special place."

He takes over a defense that Vic Fangio helped mold into one of the league's best the past four years. The question is how much better it can be.

"Our vision for this defense is to be the best," Pagano said. "Can we be the best in the history of the game? The pieces are there and they will continue to add pieces. Can we continue to be better than we were last year? Absolutely. It's going to be very, very difficult and a huge challenge, but one we will be up for."

Pagano vowed not to jam "square pegs into round holes." He will continue to run the 3-4 and combine his philosophy with the system in place.

"For us to just throw everything out and start anew, that would not be very smart on my part," he said.

The Bears led the NFL with 36 takeaways and 27 interceptions. They gave up a league-low 17.7 points per game and 1,280 yards rushing — the fewest they've allowed in a 16-game season. And they tied for third in the NFL with 50 sacks even though they didn't blitz much.

"Be smart about it and calculated about it," Pagano said. "I think any defensive coordinator and any defensive coach for that matter will tell you if you can get there with four and play seven in coverage, that's a benefit. That's a bonus. You don't find that at every place. We have that here. You got game wreckers."

Pagano coached Indianapolis to a 53-43 record and two AFC South championships from 2012 to 2017. The Colts won 11 games and made the playoffs in each of his first three seasons before injuries to quarterback Andrew Luck derailed them.

Indianapolis never had a top 10 defense when Pagano was there. The Colts ranked near the bottom his final three seasons. But Pagano was on John Harbaugh's staff in Baltimore — as secondary coach from 2008 to2010 and defensive coordinator in 2011 — when the Ravens had one of the stingiest defenses in the NFL.

He spent last year as a consultant for the league, working with the officials. The Bears hired him Jan. 11 after Fangio left to become the Denver Broncos' head coach.

"I'm motivated to just help Coach Nagy be successful," he said. "Help this organization to be successful. Help these kids grow and develop. That's my motivation, is to be the best that I can be for this organization. For the McCaskey family. For Coach Nagy. And for these players and coaches. To help develop these guys. That's the only thing I want to do."

Pagano insisted he is not looking for another head coaching position, though he did interview for the Denver job. Either way, he's looking forward to coaching again.

He got to "reset, recharge and reflect" this season. He spent more time with family. He has nephews playing at Boise State and Michigan and got to watch them.

He went to The Masters. He rode his Peloton bike three or four times a day. And now, he's trying to build on what Fangio helped create.