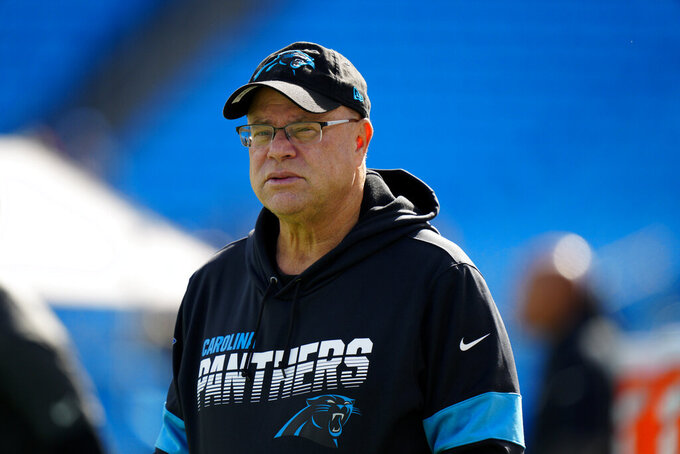 South Carolina’s York County is suing Carolina Panthers owner David Tepper’s companies and the City of Rock Hill for at least $21 million over the failed completion of the team’s proposed $800 million practice facility and headquarters.

The structure remains half-built in Rock Hill, South Carolina, with no plans of being finished.

Tepper’s real estate company filed for Chapter 11 bankruptcy protection in Delaware on June 2 after having invested more than $175 million into the facility. It is located about 25 miles south of the team’s current downtown stadium and headquarters in Charlotte, North Carolina.

Among Tepper's companies named in the lawsuit are DT Sports Holding, LLC, Appaloosa Management LP and Tepper Sports Holding, Inc. York County officials say the purpose of the lawsuit is to protect the county and its taxpayers and recover damages caused by these defendants.

The complaint filed Thursday said Tepper and his companies took $21 million from a special penny sales tax intended to expand a road in York County and used the money for what the county's lawyers called a “failed vanity project."

“Rather than cover the ballooning project budget themselves, the Tepper Defendants took money from York County and its taxpayers," the complaint said.

The lawsuit asks for the $21 million of tax money York County said was improperly spent along with interest, any lost economic benefit from the failed project and any other damages a judge might see fit.

A spokesman for Tepper Sports and Entertainment declined comment Friday.