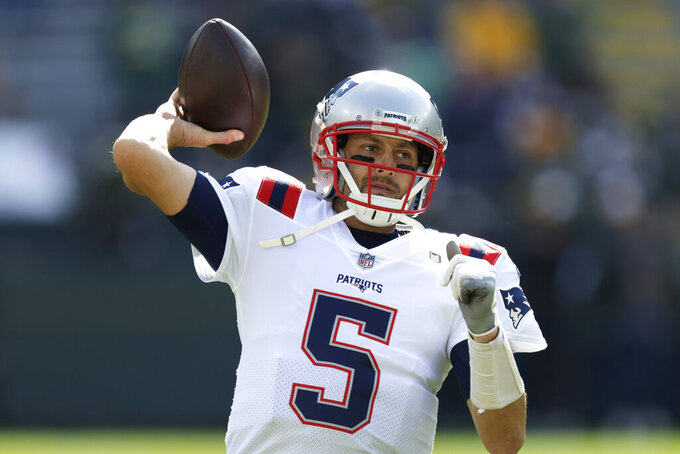 The veteran was knocked out in the second quarter of the Patriots' 27-24 overtime loss to Green Bay last week following a blind side hit by Rashan Gary.

Hoyer was making his first start since 2020, filling in for Mac Jones, who has an injured left ankle. Jones has been a limited participant in practices this week. If he isn't ready to go, rookie Bailey Zappe is expected to make his first NFL start Sunday when New England hosts Detroit.

The team signed Garrett Gilbert to the practice squad Wednesday.