Redskins' Collins glad to put Giants' turmoil behind him 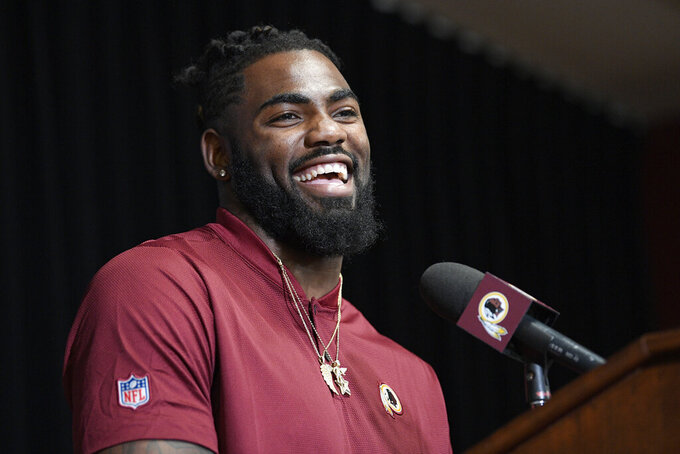 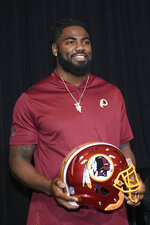 Three years after the-then Carolina Panthers general manager let cornerback Josh Norman out of his franchise tag, Gettleman opted for his New York Giants not to use the franchise tag on safety Landon Collins and let him go to free agency. Each time, Washington pounced and now has two big names in the secondary.

"It doesn't happen very often," coach Jay Gruden said Thursday. "You see it happening throughout the league a little bit now, but to have a chance to actually get one, it's great."

The Redskins actually got two after signing Collins to an $84 million, six-year contract with $45 million guaranteed. They've got a very motivated player who will see his former team twice this season and for years to come.

"It's definitely circled on my schedule because at the end of the day, you always want to show a team why you should've kept a player," Collins said Thursday after his introductory news conference. "It's always something that pushes a player even more. It's going to be a great opportunity to just play against them and showcase them why they should have re-signed" me.

Just like when Norman signed for $75 million over five years back in 2016, Collins wasn't supposed to be available. The Giants could have franchise tagged Collins for $11.2 million or negotiated a long-term deal.

But last season didn't make Collins enthusiastic about re-signing with New York, and he wound up with an average of $14 million a year.

"When we were going through the turmoil that was going on up there and all the craziness, all the trades, all the cuts, I was like, 'I don't think I'm here either,'" Collins said. "No talks was going on, nothing was being said. I was just going out there day by day, practice by practice handling my business. I don't know what the future holds with the New York Giants, but I'm glad it happened because now I'm in that burgundy and gold."

"I knew it was going to happen," Collins said. "I just feel like (the Giants are) going in a different direction and we just are not in their vision."

Collins, 25, doesn't want to think about why he wasn't in the Giants' plans and hopes they're happy about the four years he gave them. In that time, he had eight interceptions, and his 428 tackles lead all safeties since the start of the 2015 season.

Those ball-hawking skills drew the Redskins to Collins to solve an organizational problem of starting 17 different safeties in Gruden's five years. Senior vice president of player personnel Doug Williams has been watching Collins the past four years and is now glad to watch him up close for what he hopes will be a long time.

"When you see him on the field, you knew that he was one of the best football players on the field," Williams said. "You're talking about a 25-year-old you can see playing for the next six, seven years. And to be able to get him in the mix, put him in this defense with the guys, the young guys that we have up front, it's hard to not want a guy like that on your football team."