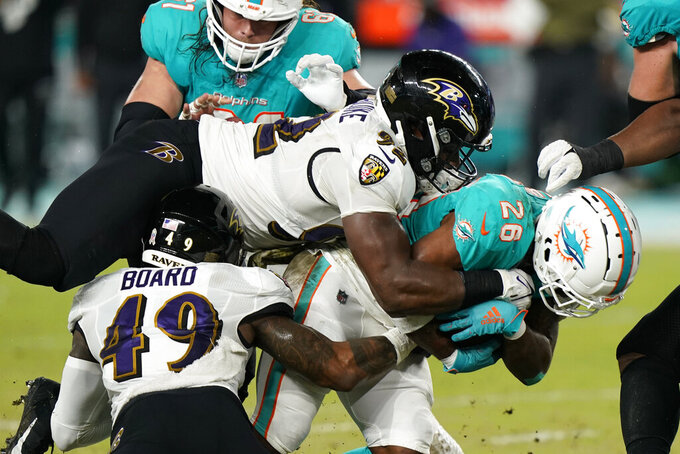 Armstead's absence leave the Saints without either starting offensive tackle for a second straight game, with right tackle Ryan Ramczyk ruled out because of a positive COVID-19 test as he was trying to come back from his own knee injury.

Defensive end Marcus Davenport, who has been dealing with shoulder and knee injuries, and receiver Tre'Quan Smith, who has an ailing shoulder, both are available to play after being listed as questionable in the week's final injury report on Saturday.

Still the Saints entered the game without numerous prominent players because of a COVID-19 outbreak that sidelined 17 active 16 active players — starting quarterback Taysom Hill, safety Malcolm Jenkins, and linebackers Demario Davis and Kwon Alexander among them.

The Miami Dolphins had just three inactive players — all of them reserves and two of them healthy. Among them was cornerback Trill Williams, who practiced fully this week while nursing a hamstring injury. The other two were nose tackle John Jenkins and running back Salvon Ahmed.