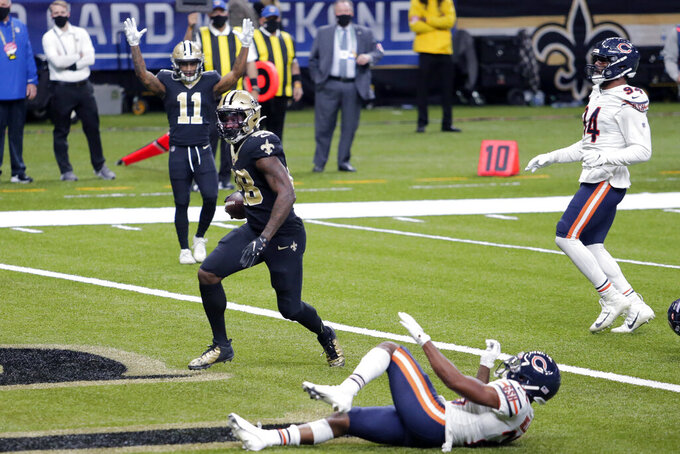 NEW ORLEANS (AP) — The Saints have ruled out two regular contributors to their running attack — option quarterback Taysom Hill and running back Latavius Murray — from Sunday’s divisional round playoff game against the Buccaneers.

Hill (knee) and Murray (thigh) both missed multiple practices this week and had been listed as questionable on Friday’s injury report.

Robinson already had been ruled out with a hamstring injury.

Ledbetter (calf) was ruled out Friday.