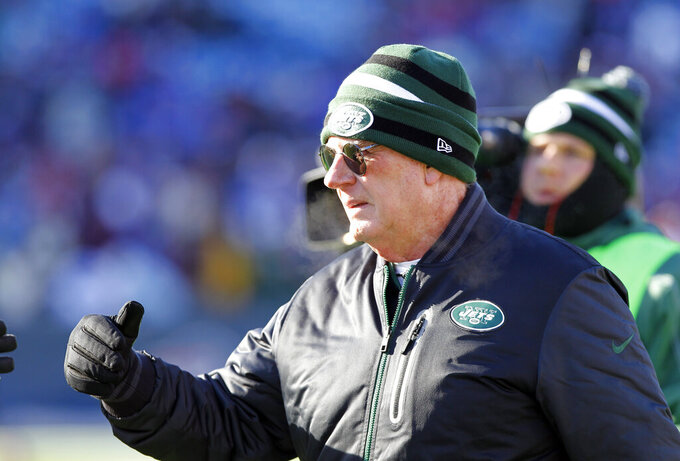 FILE - New York Jets special teams coach Mike Westhoff on the sidelines during the first half of an NFL football game against the Buffalo Bills on Sunday, Dec. 30, 2012, in Orchard Park, N.Y. “I don’t consider myself a writer,” Westhoff said in a telephone interview with The Associated Press. “I mean, I’m not Ernest Hemingway. But I always thought I had a good story to tell.” So the 74-year-old Westhoff did just that in writing “Figure It Out,” an entertaining autobiography published by Mascot Books that's everything anyone he coached with or against, played for or against or covered him in the media would expect. (AP Photo/Bill Wippert, File)

NEW YORK (AP) — The Associated Press has withdrawn a story about a book by former New York Jets assistant coach Mike Westhoff. The story should not have moved. No substitute story will move.