Texans claim WR Rodgers off waivers after release by Packers 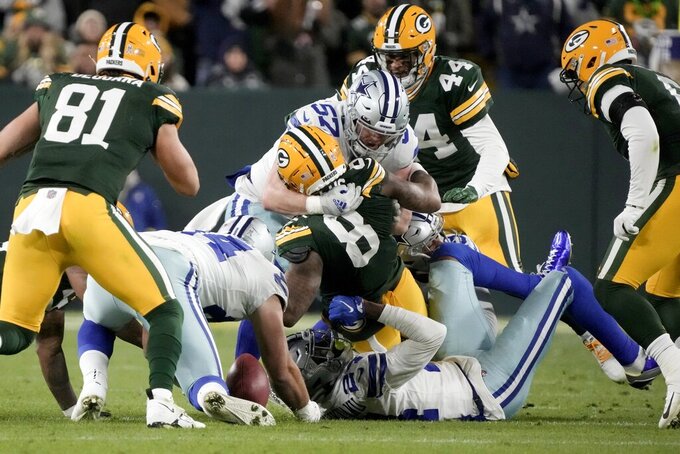 HOUSTON (AP) — The Houston Texans claimed receiver Amari Rodgers off waivers Wednesday a day after he was released by the Green Bay Packers.

The Packers sent two picks to Tennessee to trade up to select him in the third round with the 85th overall pick in last year’s draft. But he didn’t do much in his time in Green Bay and had just 95 yards receiving in limited action in 1 1/2 seasons.

The 23-year-old also struggled with turnovers as a returner, fumbling a punt Sunday that led to a touchdown by the Cowboys in Green Bay’s 31-28 overtime victory.

That fumble was his fifth of the season and the second he lost. He had 20 punt returns for 139 yards this year after finishing with 20 returns for 166 yards last season.

The Texans were looking to add depth to their receiving group behind Brandin Cooks and Nico Collins, who rank first and second on the team with 394 and 354 yards receiving respectively.