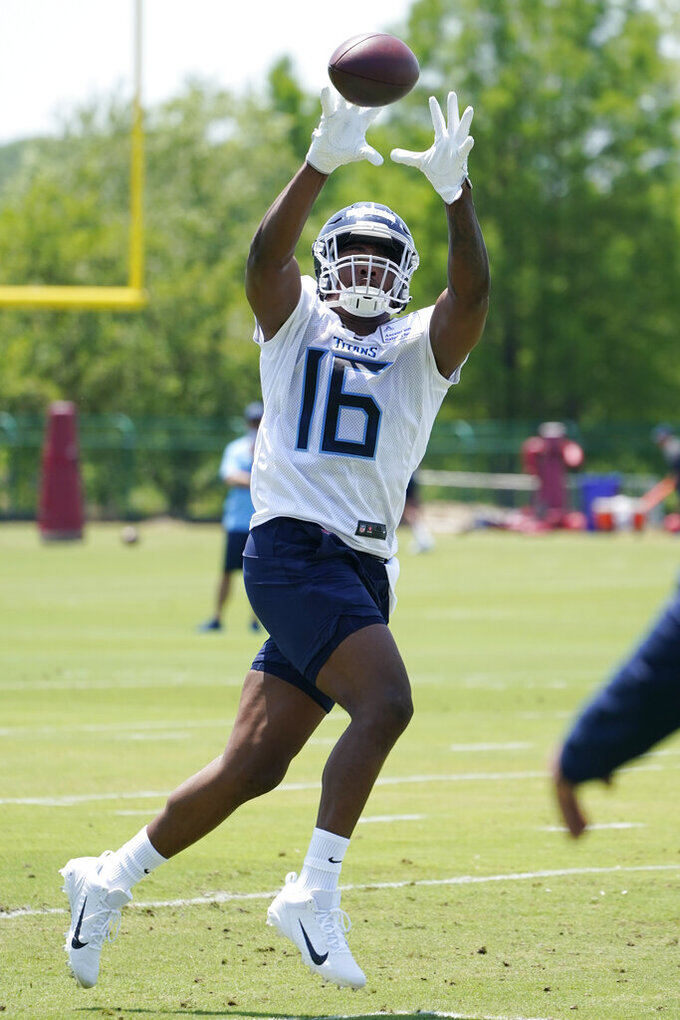 NASHVILLE, Tenn. (AP) — The Tennessee Titans have agreed to terms on a multi-year contract with the 18th pick overall in wide receiver Treylon Burks.

The Titans did not announce details of the contract Tuesday, but they now have five of their nine draft picks under contract.

They drafted Burks using the 18th selection following a trade sending wide receiver A.J. Brown to Philadelphia. Burks played 32 games in three seasons at Arkansas and had 146 receptions for 2,399 yards and 18 touchdowns. The 6-foot-2, 225-pound Burks also ran 32 times for 222 yards and a TD.

Burks was All-Southeastern Conference for his best season last year. Burks caught 66 passes for 1,104 yards and 11 touchdowns. The native of Warren, Arkansas, had his best game against Alabama with eight receptions for 179 yards and two TDs. That was one of six 100-yard receiving performances in 2021.