At 1-5, Dolphins insist playing with trust is imperative 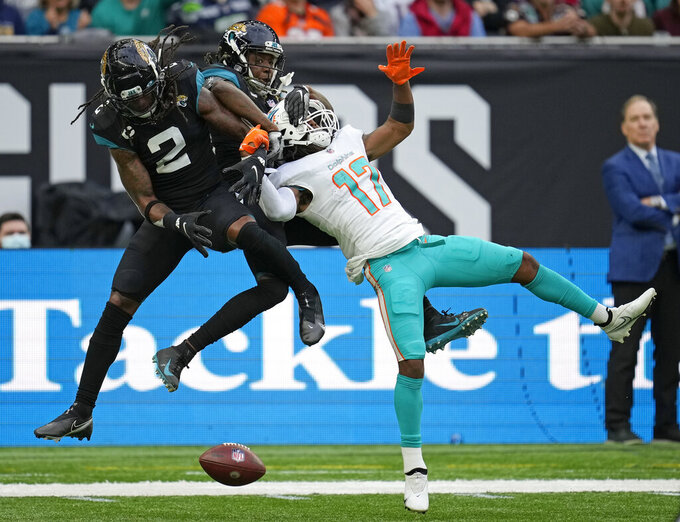 MIAMI GARDENS, Fla. (AP) — The message for the Miami Dolphins right now is simultaneously clear and tricky: Do better, but not necessarily do more.

Translated, that’s the Dolphins’ way of telling players — even while mired in a five-game losing streak — to focus solely on their assignments right now and trust that the other 10 guys on the field at any given moment will do the same.

It’s a tough ask with the season already in big trouble.

“I think we have a group of guys who all want to do more,” Dolphins coach Brian Flores said Wednesday, when the team reconvened to prep for Sunday’s game against Atlanta. “They’re all competitive. They all want to help the team, but you’re right, the thing they can do to help the team is take care of their alignment, their assignment, their responsibility. And if each guy does that and we do it play after play after play, we’ll get the results we want.”

The conundrum is an interesting one.

At 1-5, the Dolphins know that odds say the postseason is a long shot. But at the same time, the AFC already has 10 teams with at least three losses, so it’s not hard to find some justification for possessing at least a glimmer of hope. And Miami has pulled off in-season turnarounds in Flores' two previous seasons, finishing with five wins in nine games to close 2019 after an 0-7 start, then shaking off a 1-3 beginning last season to win nine of the next 11 games.

“I think it’s hard to pinpoint anything in the game of football as the reason something is not going one way or the other,” wide receiver Mack Hollins said. “The margin is so slim with wins and losses in this league. Between a team that’s 8-8 and a team that’s 13-3, it’s probably 10 points a lot of the time.”

Forget 13-3. Even 8-8 — impossible this year with a 17-game schedule, though play along for argument’s sake — seems like a lofty proposition for the Dolphins right now.

“We all want to win,” offensive lineman Robert Hunt said. “I think we do prepare well. I think we do practice hard. I think we do have good coaches. I think everything is good. I just don’t know what it is. It’s hard to win in the league. Little things can get you beat. We just have to keep trying to improve on the little things.”

Flores said he’s convinced everyone on the Miami roster wants to do the right things. He also knows how that could lead to even bigger issues if not done the right way. Example: If a player is in his gap, doing the right thing, then goes rogue — albeit with good intentions — at the last moment, it can put a teammate in a bad spot as well. Some of those moments have been easy for the Dolphins to see on the film.

“That’s where trust comes in,” quarterback Tua Tagovailoa said. “You’re trusting that the guy next to you is going to do his job.”

“I understand the wanting to do that for the team, with the right thought processes, with their hearts in the right place,” Flores said. “That’s the balance we’re trying to get to. But the want-to, the competitiveness, the desire to help our team, that’s there. These guys are pulling for each other, supporting each other and I think when you have enough of that ... then I think we’ll be OK.”