AB a Patriot, but unavailable for opener vs. former team 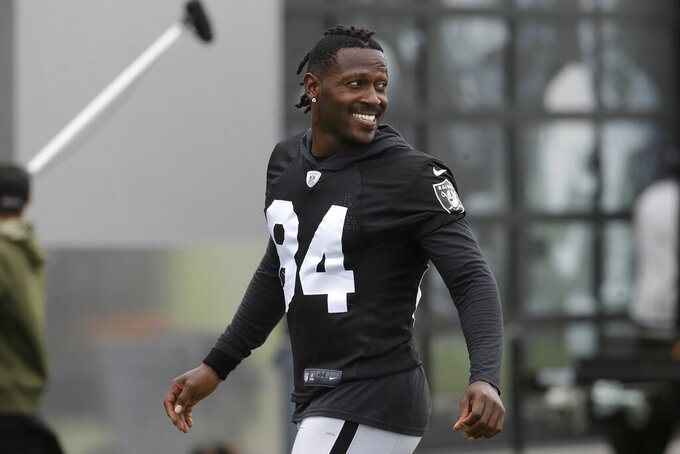 The NFL season already is so unpredictable that Antonio Brown is a New England Patriot.

No, he won't suit up Sunday night when the Patriots host Brown's former team, the Pittsburgh Steelers, from whom he forced a trade to Oakland in the offseason. He might be on the New England sideline at Gillette Stadium after seeking his release following a turmoil-filled few months with the Raiders.

Brown had been scheduled to earn up to $50 million from Oakland over the three-year deal. Instead, the Patriots guaranteed the wide receiver $9 million this season, with the potential to earn as much as $15 million.

Brown, a four-time All-Pro and one of the league's most dynamic pass catcher, is not eligible to be officially signed until Monday.