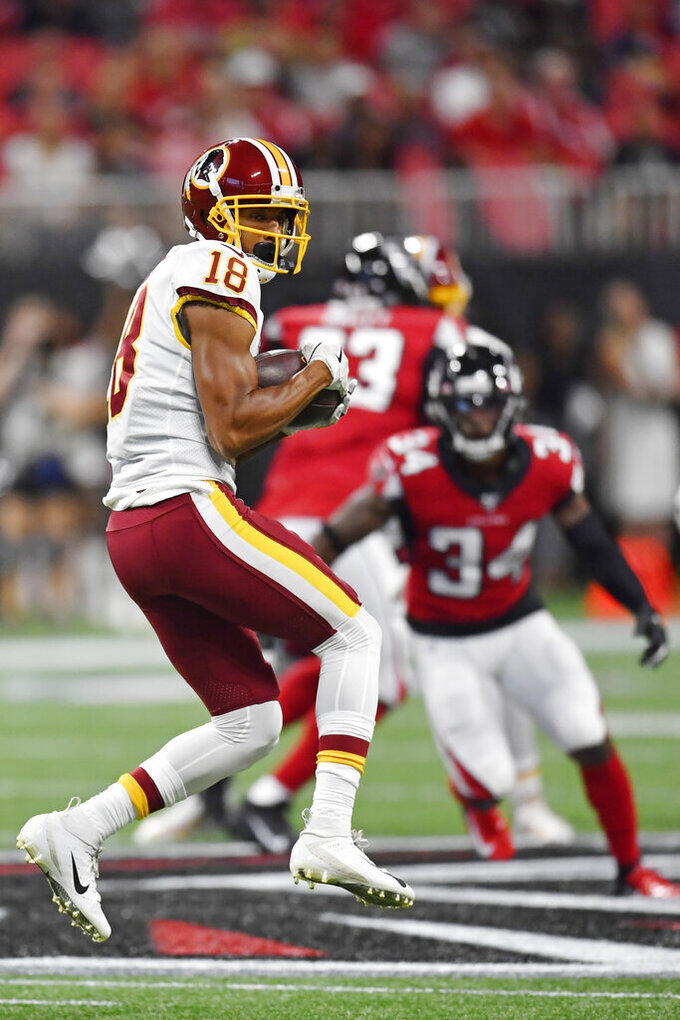 EAGAN, Minn. (AP) — A person with direct knowledge of the deal tells The Associated Press that former Washington Redskins wide receiver Josh Doctson has agreed to terms on a one-year contract with the Minnesota Vikings.

The person spoke to The AP on condition of anonymity Monday because the deal had not yet been signed. Doctson, cut on Saturday by Washington after three underwhelming seasons, will reunite with quarterback Kirk Cousins in Minnesota.

The 26-year-old Doctson will essentially replace Laquon Treadwell, who was drafted one spot behind him in the first round at No. 23 in 2016. The Vikings waived Treadwell on Saturday, too, after just three unproductive seasons. Doctson has 81 receptions for 1,100 yards and eight touchdowns for his career, compared to 56 catches, 517 yards and one score for Treadwell. An Achilles tendon injury on Doctson's left foot limited his rookie year to two games.

Doctson will join Chad Beebe and rookie Olabisi Johnson at the wide receiver spots in Minnesota, backing up standouts Adam Thielen and Stefon Diggs. Beebe and Thielen were both undrafted players who weren't signed until emerging from a tryout at rookie minicamp. Johnson was a seventh-round draft pick this year, and Diggs was a fifth-round selection in 2015.