Bears rule out Gabriel, Larsen for Raiders game in London 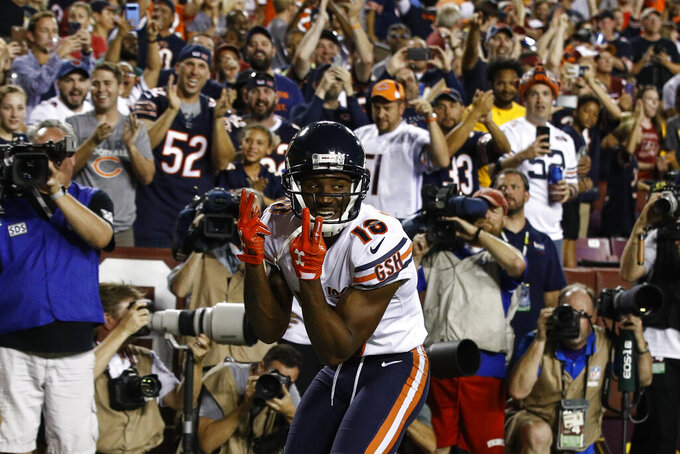 LAKE FOREST, Ill. (AP) — The Chicago Bears have ruled out injured receiver Taylor Gabriel and guard Ted Larsen for the game against the Oakland Raiders in London on Sunday.

The team says neither player made the trip Thursday.

Gabriel sat out last week’s win over Minnesota after suffering a concussion at Washington in the previous game. He had six catches for 75 yards and three touchdowns against the Redskins before exiting in the second half. Larsen left the game against the Vikings.

The Bears (3-1) have won three straight and tied Green Bay for the NFC North lead. They already ruled out quarterback Mitchell Trubisky (left shoulder) and will go with Chase Daniel. Linebacker Roquan Smith expects to play after missing a game for a personal reason.