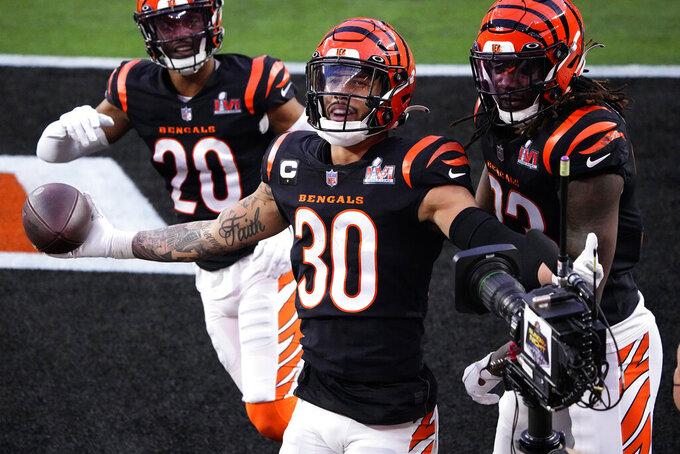 CINCINNATI (AP) — The Cincinnati Bengals on Monday placed the franchise tag on safety Jessie Bates III, keeping him with the team for the 2022 season.

The Bengals had tried unsuccessfully to come to terms on a long-term contract for the 25-year-old Bates, whose rookie deal expired at the end of the season, putting him on the verge of becoming a free agent.

Bates was selected in the second round of the 2018 draft and has emerged as one of the team leaders. He was a key player in 2021 as the Bengals reached their first Super Bowl in 33 years.

The franchise tag means Bates will be under contract through the 2022 season for roughly $13 million as the team continues to negotiate a long-term deal with him.

“Jessie has been an outstanding player here for four years,” Cincinnati executive vice president Katie Blackburn said in a statement. “Over the past year, we’ve tried to extend his contract here in Cincinnati, and while that hasn’t come to pass, we want him here for 2022 to be a part of what we think should be an exciting football season and bright future for our organization.”

Bates has played in 163 games — all starts — for Cincinnati, and has 406 tackles and 10 interceptions, one for a touchdown.