Berry back to interview with Browns about GM opening 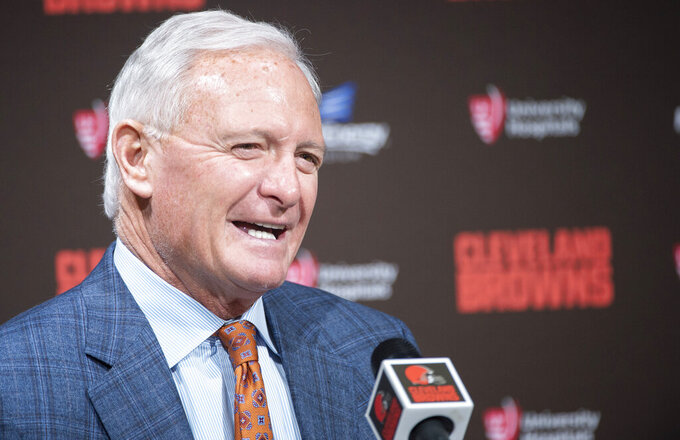 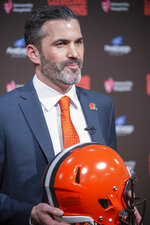 CLEVELAND (AP) — Andrew Berry may still have his parking spot with the Browns.

After spending three seasons in Cleveland's front office, Berry, who is currently the Eagles' vice president of football operations, interviewed Friday to be the Browns' new general manager. Berry was with the team from 2016-18, when the Browns won just eight games and had an 0-16 season.

But Berry was well-liked and admired by Browns owners Dee and Jimmy Haslam, who are looking for another top football executive to help oversee their franchise after John Dorsey's exit last month.

In addition to meeting with Berry, the Browns have a scheduled an interview with Monti Ossenfort, New England's director of college scouting They are also expected to speak with Vikings assistant GM George Paton.

Ossenfort has been in New England since 2003, winning five Super Bowls with the Patriots. Paton worked in Minnesota with new Browns coach Kevin Stefanski, who is highly involved in the Browns' search as the Haslams are trying to minimize any conflicts by having their coach and GM aligned from the outset.

Berry joined the Browns in 2016 after spending seven seasons with the Indianapolis Colts. He started in the NFL as a scouting assistant, but worked his way up the ladder and was Indy's pro scouting director before being hired as Cleveland's vice president of player personnel.

During his stint in Cleveland, Berry worked alongside Browns chief strategy officer Paul DePodesta, who appears to wield more influence than ever in the organization.

Stefanski is in the process of filling out his staff The first-time coach said it's imperative for the Browns to be united as they try to pick up the pieces from a underachieving season.

“We know this, if we are plowing in the same direction, we got a chance,” he said. "As we sit down and start bringing in some candidates and interviewing general manager candidates — it sounds simple, but let's all be on the same page. Let's all know that this thing is about a shared vision. It is not about what Kevin Stefanski wants for the Cleveland Browns.

"We have a vision of what this is going to look like moving forward and it is a collective vision.”

The Carolina Panthers reportedly want to meet with Berry for their executive vice president of football operations opening.