Blank says Falcons' talks with Watson were only preliminary 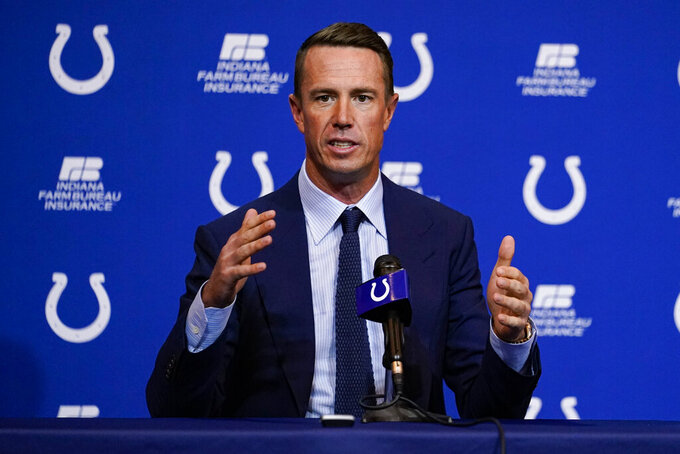 ATLANTA (AP) — Atlanta Falcons owner Arthur Blank said Tuesday the team had only preliminary interest in dealing for Deshaun Watson before the quarterback accepted a trade to Cleveland.

Blank said more investigation into the sexual misconduct allegations made by nearly two dozen women against Watson while he was with the Houston Texans would have been necessary before Atlanta's interest could have become more serious.

The Falcons were seen as a final contender for Watson before his trade to the Browns on March 18.

“I think we had an obligation, felt an obligation, we ought to at least have a conversation with him,” Blank said in a video news conference with Atlanta reporters from the NFL owners meetings in Palm Beach, Florida. “Where it would have gone from there, I really don’t know.”

Watson, a three-time Pro Bowl selection, did not play last season and is facing a possible NFL suspension for violating the league’s personal conduct policy after massage therapists accused him of sexual assault and harassment.

“The civil allegations were very serious and I think were taken very seriously and what will come from that I’m not sure,” Blank said. “Certainly we would have done even more work had we gotten to the point we seriously were considering a trade.”

“We had an hour and 15 minute phone call and that was the extent of it,” he said.

Atlanta's interest in Watson led to the trade of longtime starting quarterback Matt Ryan to Indianapolis for a third-round draft pick. They then agreed to a deal with Marcus Mariota, who previously played for Falcons coach Arthur Smith with the Tennessee Titans.

Blank said the difficult trade of Ryan was necessary to steer the franchise on a more solid financial foundation. Blank said he bemoaned the team's inability to re-sign two key defensive players, linebackers De'Vondre Campbell and Foye Oluokun, the past two years because too much of their salary cap had been committed to the quarterback position.

The Falcons' financial burden grew through a series of restructures of Ryan's deal the past several years designed to provide temporary relief while pushing back the payments.

“At some point you have to pay the bank,” Blank said. “You can restructure the debt, personal debut or business debt, as often as you want but at some point there is a day of reckoning.”

Blank said by 2023 “we’ll probably be in the top two or three teams in the league in terms of being in an under cap position, which gives us the opportunity to keep our own, which is really important.”