Brady setting his own pace for 20th season with Patriots 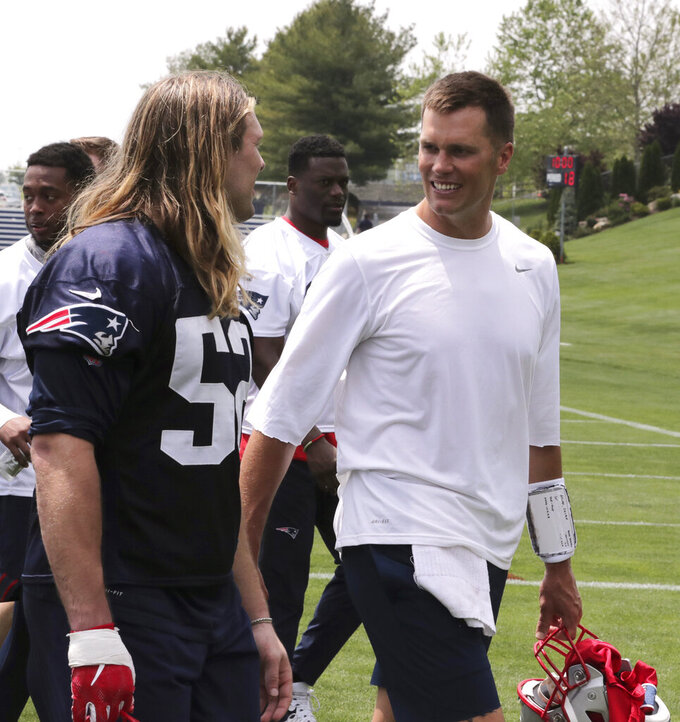 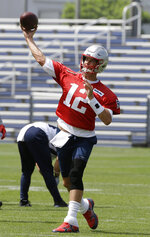 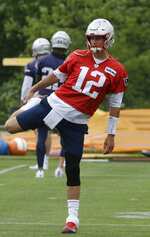 FOXBOROUGH, Mass. (AP) — Entering his 20th year in the NFL, Tom Brady has probably seen everything and tried everything to prepare himself for the rigors of the next season.

Perhaps that's why nobody connected with the New England Patriots has been terribly alarmed that their veteran quarterback has skipped voluntary offseason workouts with the team for the past two years, choosing to prepare himself on his own terms.

"Trying to get ready individually and collectively, everyone has different things they have to do," Brady said Thursday after the last practice of the team's mandatory minicamp at Gillette Stadium. "I think our coaches do a great job of preparing our guys. Individually, guys are coming out here trying to get better, I'm trying to do the same thing, and when we come together like this, it gives us a chance to see where we're all at."

Coming off his sixth Super Bowl championship last season, Brady said he and supermodel wife Gisele Bündchen have to find ways to share the duties of parenting their three children because of their divergent careers.

"My wife is a very ambitious woman and she travels a lot, so we're just trying to divide some responsibility at home," he said. "She supports me a lot, my family supports me a lot, and my kids aren't getting any younger, so I just try to spend time with them when I can and still get the other things done that I need to get done, and be ready to go when it's time to go."

Brady, who will be 42 in August, is entering the final year of his contract. He jokingly told reporters that the status of negotiations was none of their business, and said that "those things work themselves out."

He also didn't back off from past assertions that he would play until he was at least 45.

"I hope I can play that long," Brady said. "You have to set goals for yourself, and you have short term and long term, and the reality is that this year is the most important one, and that's the one that I'm focused on. I hope there's a lot of football beyond this, but it's a contact sport. I've said that for a long time, too. I don't think you can take those things for granted."

In this minicamp, Brady has spent time working with the Patriots' first-round draft pick, wide receiver N'Keal Harry from Arizona State. With the retirement of tight end Rob Gronkowski after nine seasons and other changes in the Patriots' receiving corps, Harry figures to face high expectations from the start.

"Like any rookie, there's a lot to learn," Brady said. "He's got a lot of good people in his room, a lot of veterans that he can depend on. We still have a long way to go, and we're going to learn every day."

Brady also addressed recent attempts made by a company he owns to trademark the phrase "Tom Terrific." Fans of the New York Mets and their Hall of Fame pitcher, Tom Seaver, reacted negatively on social media, claiming that the nickname is more popularly associated with the ace hurler of the 1969 World Series champions.

Brady said he attempted to trademark the phrase so others could not use the nickname in association with him.

"It's unfortunate," he said. "I was actually trying to do something because I didn't like the nickname, and I wanted to make sure no one used it, because some people wanted to use it. Then it got spun around to something different than what it was. Good lesson learned, and I'll try to do things a little different in the future."