Byron Allen says the NFL needs him to be an owner 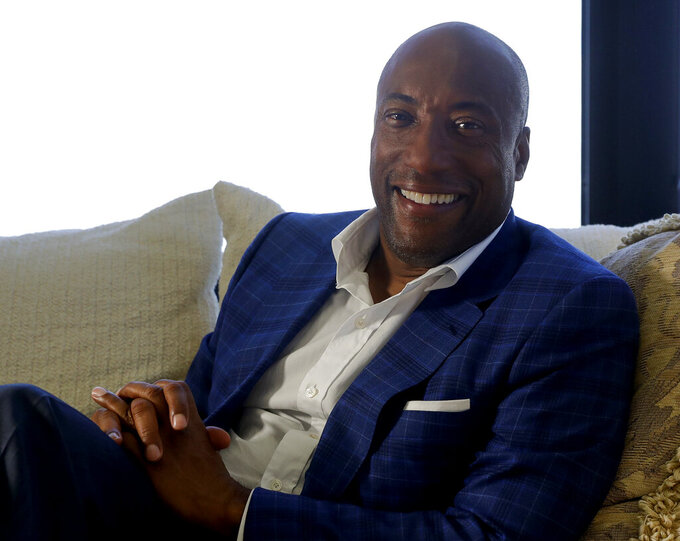 Allen is preparing a bid to purchase the Denver Broncos and become the NFL’s first Black owner. He told The Associated Press on Thursday night that NFL Commissioner Roger Goodell and New England Patriots owner Robert Kraft approached him in November 2019 about buying a team.

”(They) said: ‘We need your help. We want to achieve an important goal, which is to have the first Black owner of an NFL team, which is something we haven’t been able to achieve in 100 years,’” Allen said. “I said, ‘I’m happy to help.'"

The NFL’s ownership ranks are overwhelmingly white. Of the league’s 32 teams, the only minorities to have a controlling ownership stake are the Jacksonville Jaguars’ Shad Khan and the Buffalo Bills’ Kim Pegula, who co-owns the team with her husband, Terry.

“I think it’s important that we have Black people throughout the entire ecosystem, not just coaches, management, vendors as well as owners,” Allen said. “That’s how you are going to effectuate real positive change. They need somebody like me in that owners’ room to help bring a different perspective. You can’t have it look like everybody going to the same country club. We have to make sure we have somebody in there who is going to show them what time of day it is. I’m happy to do it. Now, listen, it’s going to cost some money to do it. I believe it’s a huge opportunity for the league to step up and achieve something that’s long overdue, getting a Black owner. It’ll be great for the league and more importantly, great for the country.”

Allen, a media mogul and head of Entertainment Studios, and a group of investors are in the “early process” of putting together a bid.

“It’s going to be competitive, we’ll be there and it might cost a little bit of money,” Allen said.

Goodell addressed Allen’s prospective bid in his news conference on Wednesday that was heavily focused on increasing diversity in the league.

“We would love to see a diverse owner of the team, whether that’s a person of color or a female or a Black man, we think that would be a really positive step for us,” Goodell said. “It’s something we have encouraged. It’s one of the reasons we have reached out to find candidates who can do that. There is no timetable. The Denver Broncos are selling the team, not the NFL. We would have approval rights, but I think we will be very clear, and we have already with the Broncos, that it’s something we seek to have in the ownership group. And it’s certainly something we will encourage as the process goes along.”

Allen said he anticipates the Broncos will have a new owner before the start of the 2022 season.