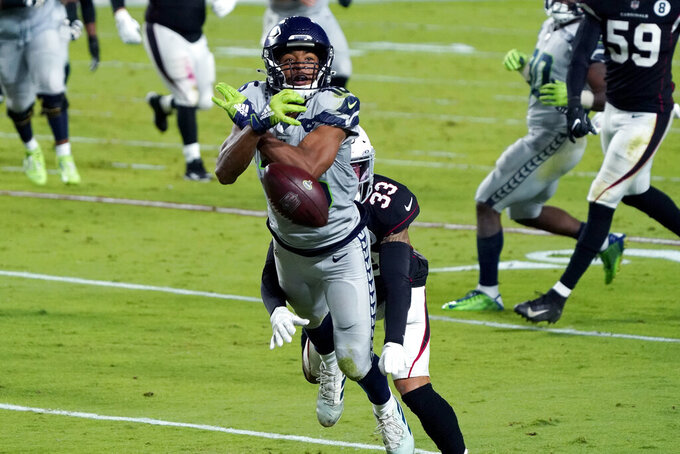 The 26-year-old Williams appeared in all 16 games last season and started 10, but he's played in just one game this season while batting an ankle injury. He can now begin practicing and the team can add him to the active roster at any time during the next three weeks.

The Cardinals confirmed earlier on Monday that two people had tested positive for COVID-19 during the team's bye week. Kennard has played in five games this season and started four. He has two sacks. On social media, he wrote that he felt “completely normal so far.”

Murphy is in his second season with the Cardinals and has played in all seven games, starting five. He's made 24 tackles including two for a loss and one sack.

The Cardinals are in the middle of a tight battle for the top of the NFC West. They’ve won three straight games and have a 5-2 record heading into their game against the Miami Dolphins on Sunday.

“It wasn’t a matter of ‘if’ it’s a matter of ‘when’ this would occur,” Kingsbury said Monday. “It’s how teams handle it the best — those teams are going to be at the top of this deal. We understand that. As these things pop up we have to continue to move forward and next man up.”