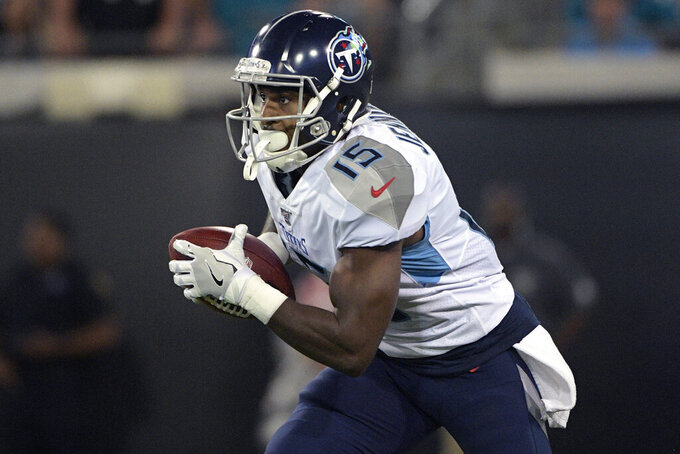 FILE - In this Sept. 19, 2019, file photo, Tennessee Titans' Darius Jennings (15) runs a kickoff return against the Jacksonville Jaguars during the first half of an NFL football game in Jacksonville, Fla. Jennings has signed a contract with the Los Angeles Chargers. The team announced the move on Monday, March 30, 2020. (AP Photo/Phelan Ebenhack, File)

Jennings spent the past two seasons with the Tennessee Titans, and has been utilized more as a returner than wide receiver. He led the league in kick return average in 2018 (31.7 yards) and had a 94-yard return for a touchdown against Miami. Jennings entered the league as an undrafted free agent with the Cleveland Browns in 2015. He appeared in eight games for the Titans last season and was a restricted free agent, but was not offered a contract.

Kick returns is one area where the Chargers are looking to improve. They were 26th in the league last season, averaging only 20.7 yards per return.