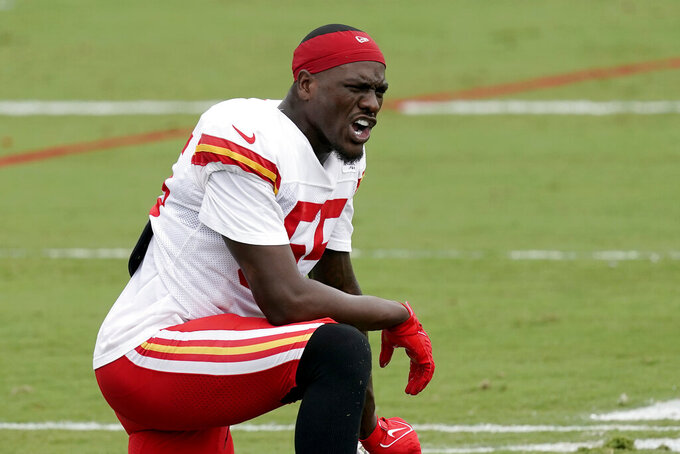 KANSAS CITY, Mo. (AP) — Chiefs defensive end Frank Clark pleaded no contest in Los Angeles on Thursday to two counts of misdemeanor possession of an assault weapon and was sentenced to one year of probation and 40 hours of community service.

Clark is due back in court early next year, when he will need to show proof that he completed his sentence.

The three-time Pro Bowl pass rusher was arrested in March 2021, when he was pulled over while riding with another man in a vehicle that did not have a license plate. An officer noticed a weapon in the car and recovered two loaded firearms.

Three months later, Clark was pulled over for a code violation and officers discovered another gun in his vehicle.

Clark, who did not practice Thursday because of an illness, spent the offseason rededicating himself to the game, going so far as to eliminate alcohol and red meat from his diet. He arrived at training camp noticeably slimmer, and during one news conference, he admitted that “at some point you have to grow up" and be an example for your kids.

The 29-year-old Clark is coming off a disappointing season in which he had 4 1/2 sacks, his lowest total since his rookie season. He has 88 tackles and 18 1/2 sacks during 40 regular-season games in Kansas City.