Column: Still a lot to love in sports _ and reasons to watch 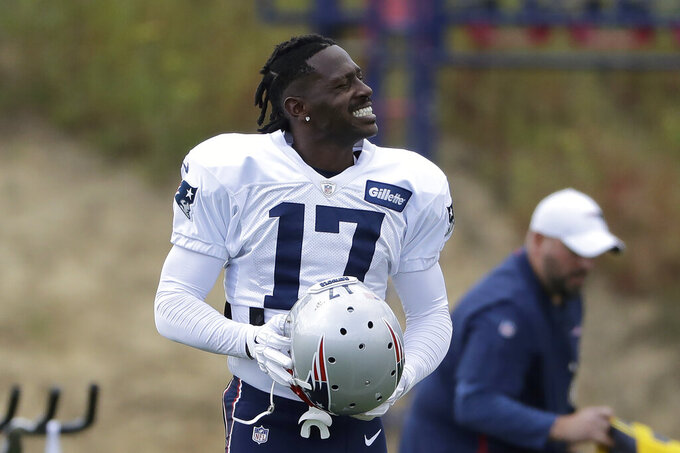 The bad news comes almost daily, a reminder if anyone still needs it that sports is not all fun and games.

The worst comes from off the field, where Antonio Brown is accused of rape by his former trainer in a lawsuit, and Pirates closer Felipe Vazquez is jailed and charged with attempting to have sex with an underage girl in 2017.

The allegations in both cases are sordid, even if only one is being charged criminally. While Vazquez sits in a Pennsylvania jail, Brown is getting ready to play Sunday for his new team, the New England Patriots. Brown denies the accusation by the trainer; Vásquez's lawyers have withheld comment.

For NFL fans, the news on the field this week wasn't encouraging, either. Two of the league's top quarterbacks were knocked out of action on the same day. Drew Brees is expected to return after six weeks or so, but Ben Roethlisberger's season is over in Pittsburgh.

It's almost enough to make fans quit watching — or stop caring. Turn away, though, and you might miss the things that make sports so special.

Like the classy way Eli Manning took his benching and what might be the end of his career. The Giants quarterback won two Super Bowl rings, but in the NFL what matters is what you've done lately — and Manning has underperformed on a team that continues to underperform.

"You just know when you draft a young quarterback, there is a possibility of him playing if things don't go well," Manning said. "We didn't start fast and that's the situation we are in now."

Or the tears at Yankee Stadium when CC Sabathia made his last regular-season home start, leaving in the third inning to a standing ovation even though he couldn't give the Yankees the pennant clincher that would have made the night even more special.

It was the 174th start for Sabathia at Yankee Stadium, where he helped the Yankees win a world championship his first year in pinstripes in 2009. When manager Aaron Boone came out to end it, he gave Sabathia a bear hug before taking the baseball.

"Way to go, I love ya," Boone told his burly pitcher.

David Ortiz returned to throw out a first ball at Fenway Park, then announced he was back on Twitter and eager to hear all that he had missed while recuperating from being shot in his native Dominican Republic. Who doesn't love Big Papi and the ultimate tale of resilience and courage?

Tyson Fury, meanwhile, lost enough blood for two men in his heavyweight fight against Sweden's Otto Wallin, and missed leading his usual singalong afterward because he was at the hospital getting 47 stitches to close deep cuts over his right eye. Fury was a mess, but before he went to get stitched up he took a microphone in the ring to offer Wallin condolences on the death of his father a few months earlier.

Then there was C. Vivian Stringer talking about her return to coaching at Rutgers at age 71 after being forced to step away last season because of health and stress issues. She had never missed a Rutgers practice except on two occasions — when her husband died, and when her mother died.

"I don't miss practice because that's the only thing I take very sacred," she said.

Finally, there's Jack Hoffman, who won over a lot of hearts when he scored a touchdown at a Nebraska practice game in 2013 while fighting brain cancer.

Jack is 13 now, and still in a fight for his life. But he walked on the field this week to play center for his junior high school team in the Nebraska town of Atkinson.

His father, Andy Hoffman, said doctors cleared Jack to play after it became clear his son was determined to play football as his father had. And play Jack did, despite having to take 23 pills a day and being in the clinical trial of a drug regimen originally created for melanoma patients.

"This isn't something that we're shoving down his throat," his dad said. "This is Jack wanting to play football."

With that you may want to clear your throat.

On a week we saw some of the worst, it was also sports at its best.