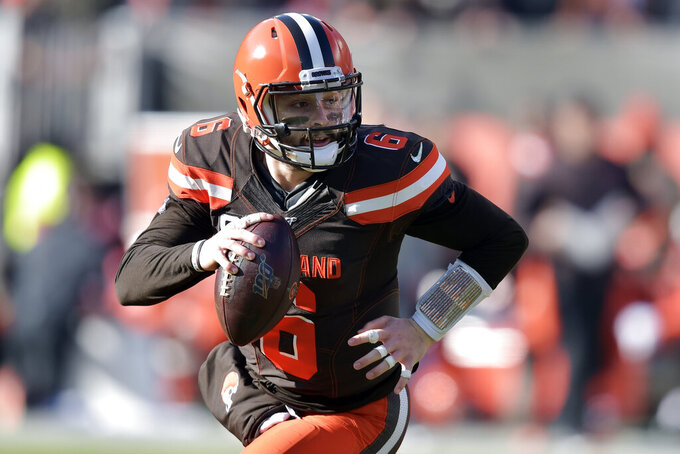 CLEVELAND (AP) — A Cleveland sports talk radio personality has been suspended indefinitely for referring to Browns quarterback Baker Mayfield as a "midget."

During a commercial break at the NFL scouting combine in Indianapolis, ESPN Cleveland's Tony Grossi didn't realize his microphone was still on when he used a vulgar word before calling Mayfield a midget. Grossi is a columnist for the station and frequently appears on air.

The station's owner, Good Karma Brands, issued an immediate apology to Mayfield and the Browns while adding its decision to punish Grossi. The company also said it will pursue sensitivity and inclusion training “for everyone on our content teams across our company.”

Chris Talbott, a spokesman for Mayfield, declined comment on the situation.

Mayfield has had a contentious relationship with Grossi, who advocated for the Browns not to take the 2017 Heisman Trophy winner with the first overall draft pick in 2018. Last season, Mayfield, who is listed as 6-foot-1 on Cleveland's roster, stormed out of a group interview session in the Browns' locker room after taking objection to a question by Grossi.