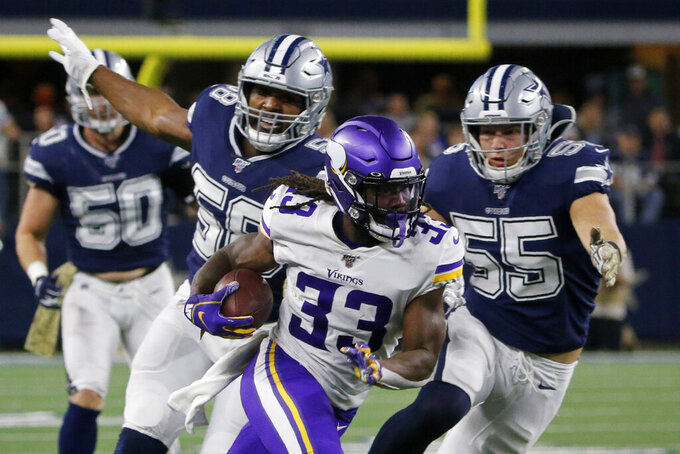 The second-year player was ruled out of Sunday’s game at New England. Vander Esch was experiencing discomfort, and doctors determined after an MRI on Thursday that he would sit against the Patriots and possibly miss more games.

Coach Jason Garrett said Friday the club wasn’t ready to rule out Vander Esch against Buffalo on Thanksgiving. The linebacker missed a game for the first time in his career against the New York Giants after an open week following the injury against the Eagles on Oct. 20.

Vander Esch played against Minnesota and Detroit the past two weeks and is second to Jaylon Smith in tackles with 87, according to the team stats.

A first-round pick out of Boise State in 2018, Vander Esch led the Cowboys with a club rookie record of 176 tackles and made the Pro Bowl as an injury replacement for Carolina’s Luke Kuechly.