Daniel Jones returns as Giants starter, Eli back on bench 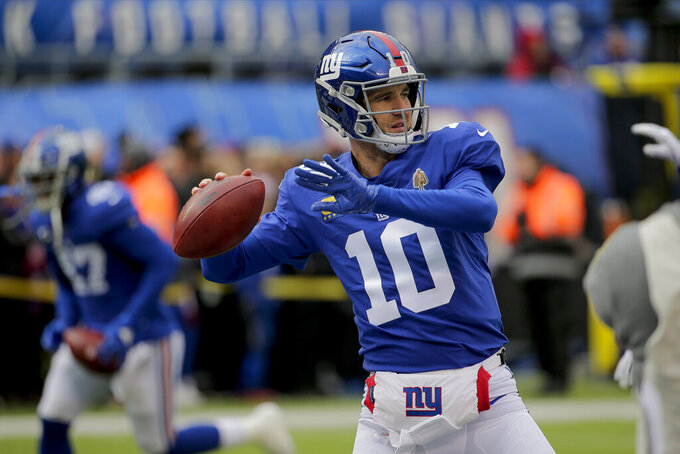 Rookie Daniel Jones is returning as the New York Giants starting quarterback after missing two weeks with an ankle injury.

Manning is in the final year of his contract, so the decision to start Jones Sunday against the Washington Redskins might signal the end of his 16-year career with the Giants.

If he doesn't play again, Manning went out a winner. He threw two touchdowns Sunday while leading New York to a 36-20 victory over the Miami Dolphins. It snapped a franchise record-tying, nine-game losing streak.

Jones replaced the 38-year-old Manning after losses in the first two games of the season. The sixth-pick overall in the draft, he leads rookies with 18 touchdown passes.

The game against the Redskins will put two rookie quarterback in the spotlight. Dwayne Haskins was the 15th pick overall and has been Washington's starter since Week 9.