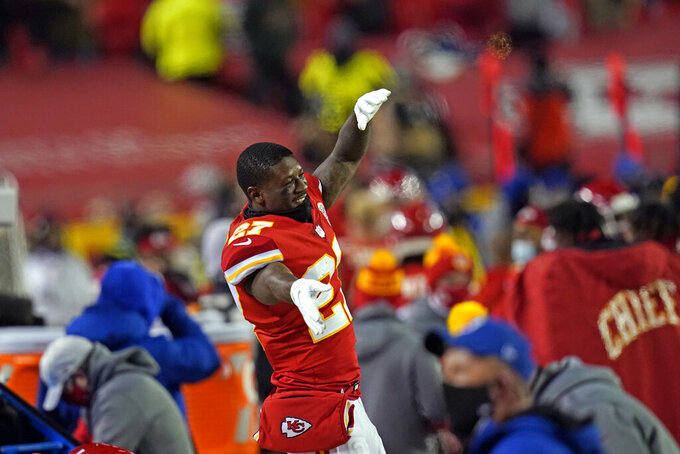 KANSAS CITY, Mo. (AP) — It was never much of a surprise that the Kansas City Chiefs eventually would sign Patrick Mahomes to the largest contract in NFL history. Especially so after the brilliant young quarterback had just led the franchise to its first title in 50 years.

What did surprise some people? That Mahomes left some money on the table.

You see, the Chiefs found themselves in salary cap purgatory after beating the San Francisco 49ers in the Super Bowl last February. Along with signing their quarterback, general manager Brett Veach knew tight end Travis Kelce was due a salary bump, and that defensive tackle Chris Jones was going to walk in free agency if he didn't get a long-term deal.

So yes, Mahomes signed a 10-year contract that could pay him a half-billion dollars by the end of it But he also was willing to give up some cash — and structure it in such a way — that the Chiefs could keep their entire core under contract.

“Veach and his team, it's remarkable how they were able to manipulate the contract situation to keep this team together,” Jones said this week, “especially when Pat texted me that he left money on the table. That baffled me. How the hell do you leave money on the table when you have a half-billion dollar contract? But somehow they figured it out.”

Kelce got his bump with a four-year, $57.25 million deal. Jones got his four-year, $85 million deal. The Chiefs fortified the rest of the roster with draft picks and wise, inexpensive free-agent acquisitions. And they began the defense of their Super Bowl championship largely with the same group of players that had won it.

That turned out be especially helpful when COVID-19 wiped out most of the offseason.

Without voluntary workouts or mandatory minicamp, NFL teams were reduced to holding virtual meetings throughout the summer. But with their core already in place, including defensive stalwarts Tyrann Mathieu and Frank Clark, they were less affected by the bizarre situation than teams that hired new coaches, were implementing offensive and defensive systems or trying to incorporate new players without stepping on the field.

“I'm going to come back to Brett real quick. To sign back the players he signed back, to keep the team as whole as he possibly could — easier said than done there,” Chiefs coach Andy Reid said, “but I think that continuity between the players and the coaches has been a positive up to this point. We all kind of know what needs to be done.”

Those that didn't know, such as first-round drat pick Clyde Edwards-Helaire, were able to get up to speed that much more quickly with veterans surrounding them. And when running back Damien Williams and guard Laurent Duvernay-Tardif opted out, the Chiefs had plenty of depth to keep plugging along without skipping a beat.

The Chiefs ripped off four wins to start the season, then followed a defensive collapse against Las Vegas by winning their next 10. That allowed them to secure the No. 1 seed in the AFC and a first-round bye before their regular-season finale.

“Obviously most of the starters were the same ones we had last year, but there were a few changes,” Chiefs chairman Clark Hunt said. “As he does every year, Brett found good players to fill those roles. But really, when we brought the nucleus of this team together, the idea was to have a team that would be together for many years. Many of the key contributors were very young when we drafted them or signed them, and we're really watching them grow up before our eyes.”

Indeed, the Chiefs appear to be embarking on a New England Patriots-esque dynasty.

Clark and Jones are in the fold through at least 2024, Edwards-Helaire is on his inexpensive rookie deal through 2025, and Kelce won't become a free agent until 2026.

It took the Chiefs five decades to make it to their third Super Bowl, then just one year to make it back to their fourth.

They figure to have a lot more of them ahead.

“I think the process we have, we had a good core — a good nucleus — with Pat and Chris and Tyrann,” Veach said, “and I think in our mind it was just fill in as much talent as we could. I think when you have a Hall of Fame coach and the best player in the National Football League, you're going to have a chance to win every game.”