Did the Seahawks do enough to solve pass rush problems? 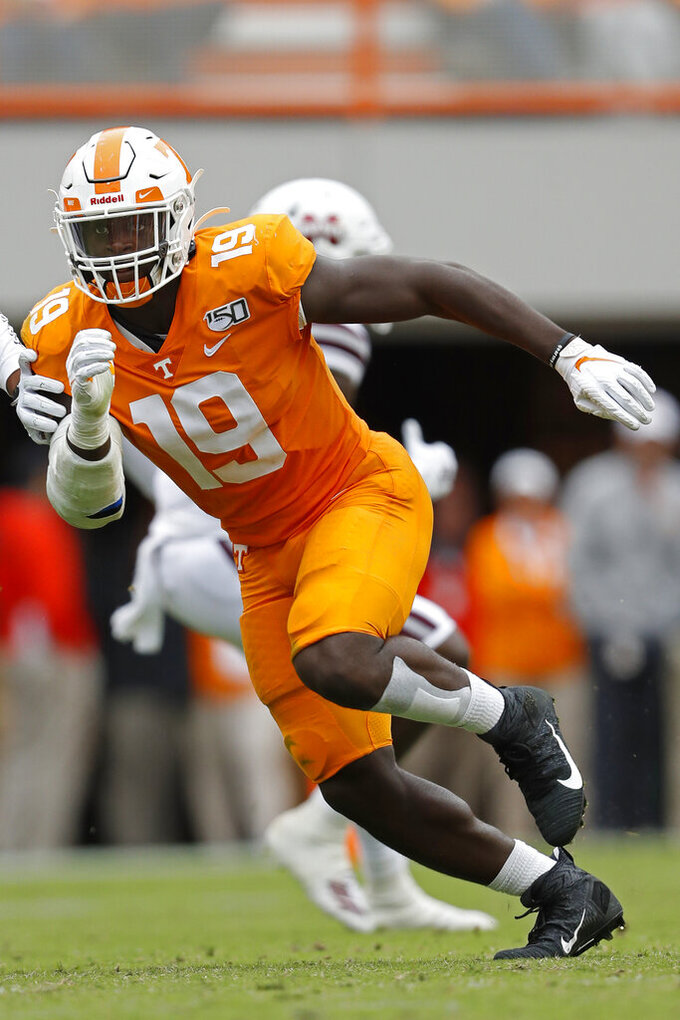 FILE - In this Oct. 12, 2019, file photo, Tennessee linebacker Darrell Taylor (19) plays against Mississippi State in the second half of an NCAA college football game in Knoxville, Tenn. In Darrell Taylor and Alton Robinson the Seattle Seahawks believe they could have their pass rushers of the future. (AP Photo/Wade Payne, File) 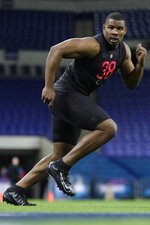 RENTON, Wash. (AP) — Darrell Taylor may not realize it yet but his arrival in Seattle comes with a certain level of expectations.

In previous drafts, whenever general manager John Schneider made an aggressive move to trade up in the second or third rounds, it’s turned out to be a smart move. Tyler Lockett, Jarran Reed, DK Metcalf were the three previous picks Seattle made after trading up on the second day.

Taylor became the latest to fall into that category when Seattle jumped last week to select the Tennessee pass rusher in the second round. He was one of two defensive ends taken by Seattle, along with fifth-round pick Alton Robinson out of Syracuse.

Coupled with the free agent signings of Bruce Irvin and Benson Mayowa, the four edge rushers represent Seattle’s efforts this offseason to solve its biggest issue from a year ago when getting pressure on the quarterback was a major problem.

But are the four new additions enough to help the Seahawks or are there more moves still needed in order to adequately bolster the position?

“We really did look at the issue of we weren’t happy with the production of our pressure that we put on last year and so we went after it,” coach Pete Carroll said. “Every move that we’ve made has addressed that and I think that we have the depth that can really help us keep guys fast and fresh and get a really good rotation going.”

There’s good reason Carroll and his staff were displeased with the pass rush a year ago.

Seattle was next-to-last in the NFL last season with 28 sacks. Rasheem Green led the team with four.

Their overall QB pressure rate of 19.3% was 28th in the league, according to Pro Football Reference. After Jadeveon Clowney was injured midseason and played the latter half of the year with a core muscle injury, the pass rush became even more spotty. And the lack of pressure led to other defensive problems, particularly defending the pass.

Addressing the position had to be a priority and in Seattle’s mind, the mix of two rookies and two vets might be enough. All four fit the prototype for the LEO position in Seattle’s defense as an edge rusher, although Irvin has experience from his previous time in Seattle as both a pass rusher and an outside linebacker playing on the line of scrimmage.

Irvin and Mayowa had 15½ sacks last season combined with Carolina and Oakland, respectively, giving Seattle a base to work from.

Seahawks officials believe that if not for a stress fracture that required surgery after the season, Taylor could have been a first-round pick. Taylor didn’t work out at the NFL combine and the COVID-19 pandemic limited his in-person visits. Seattle was one of the few places he was able to visit.

“It’s exciting because they traded up to get me so that means they must’ve really wanted me and I think I can’t thank them enough for it,” Taylor said after the draft. “I’m just ready to get to work, I’m excited they picked me to be their pass rusher.”

The Seahawks felt fortunate Robinson was still available in the fifth round. After a stellar junior season during which Robinson had 10 sacks for Syracuse, he regressed as a senior and finished with just 4 ½ sacks in 12 games.

Getting Robinson with the 148th pick felt like a steal for the Seahawks.

“He’s got the ability and the production to do stuff like guys that were picked quite a bit higher," Carroll said. "We were fortunate to get that done.”