Dolphins a slight favorite over Patriots heading into Week 1 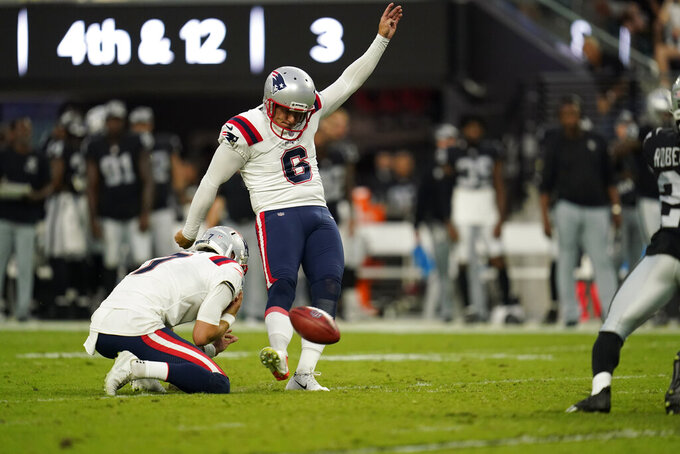 OPENING LINE: Miami by 3 1/2, according to FanDuel SportsBook

TURNOVER DIFFERENTIAL: Patriots: plus-7, Dolphins: even.

PATRIOTS PLAYER TO WATCH: QB Mac Jones is in the spotlight as he enters Year 2 following a 2021 Pro Bowl season in which his 22 touchdowns and 3,801 passing yards led all rookie quarterbacks. He will likely be called on to stretch the field more after the Patriots added WR DeVante Parker.

DOLPHINS PLAYER TO WATCH: WR Tyreek Hill. The biggest move in an offseason filled with big moves by the Dolphins was landing Hill, perhaps the speediest wide receiver in the NFL and someone who could make life for QB Tua Tagovailoa and fellow WR Jaylen Waddle much easier.

KEY MATCHUP: Parker vs. Dolphins secondary. Parker will be raring to go against his former team, and he knows how good the Miami defensive backfield led by CB Xavien Howard and S Jevon Holland is.

KEY INJURIES: The biggest question is if Waddle, who has been slowed for a couple of weeks with a quad issue, gets the all-clear to play in Week 1.

SERIES NOTES: Miami is trying for a fourth consecutive win in the series, something the Dolphins haven’t done since topping New England five consecutive times between 1999 and 2001. ... Miami is 3-1 when playing host to the Patriots in Week 1 games. ... The teams are 5-5 head-to-head in season openers.

STATS AND STUFF: The Patriots are trying for their 100th AFC East win of the Belichick era (99-37). ... Miami is seeking a seventh consecutive home victory, which would match the team’s longest such streak since going 7-0 between Dec. 2, 2001 and Oct. 6, 2002. The previous time Miami had one longer than that was a 10-game streak spanning parts of the 1984 through 1986 seasons. ... Patriots’ special teamer Matt Slater is entering his 15th NFL season. He joins Tom Brady (20), Steve Grogan (16), Troy Brown (15) and Julius Adams (15) as the only New England players to play in at least 15 seasons with the team. ... Dolphins coach Mike McDaniel is bidding to be the fifth coach to lead Miami to the postseason in his first year with the franchise, joining Don Shula, Dave Wannstedt, Tony Sparano and Adam Gase. ... Patriots K Nick Folk has connected on 55 consecutive field goal attempts from inside of 50 yards, the second-longest run in NFL history behind 56 straight by Ryan Succop from 2014-2017 while with Tennessee. Folk’s most recent miss from inside the 50-yard line was a 45-yard field goal attempt in the 2020 season opener vs. Miami.

FANTASY TIP: Telling fantasy owners to “play Tyreek Hill” isn’t much of a tip, but it’s a safe bet that the Dolphins will have Tua Tagovailoa targeting his highest-paid receiver early and often. And if nothing else, history says Patriots QB Mac Jones could have a big day; the only 400-yard Week 1 passing performances in Patriots history were posted by Tom Brady (517 in 2011) and Drew Bledsoe (421 in 1994), and both were against Miami.