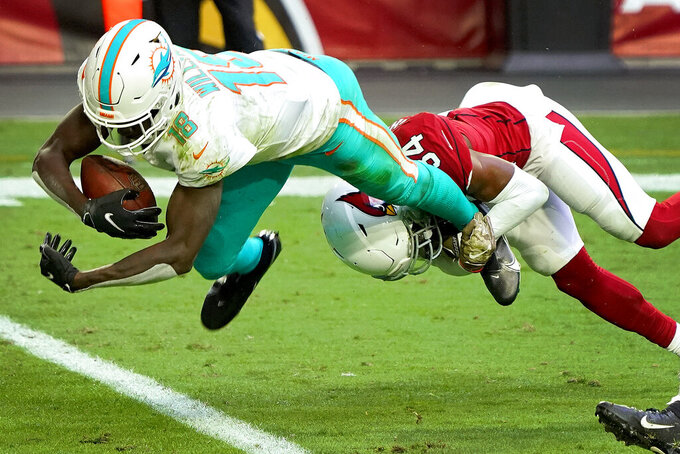 Coach Brian Flores declined to say whether Williams is expected to return this season, but said the injury is more serious than first thought, and additional tests were planned.

Flores also said the Dolphins remain in the NFL's intensive protocol for COVID-19, and they were without “a few” assistant coaches during Wednesday's practice, which was limited to a walk-through. Five assistants missed Sunday's win at Arizona, and at least one tested positive for the coronavirus.

Williams, who was hurt in the game, has 18 catches for 288 yards and a team-high four TD receptions. His injury could mean more playing time for Jakeem Grant, Malcolm Perry and Lynn Bowden Jr.