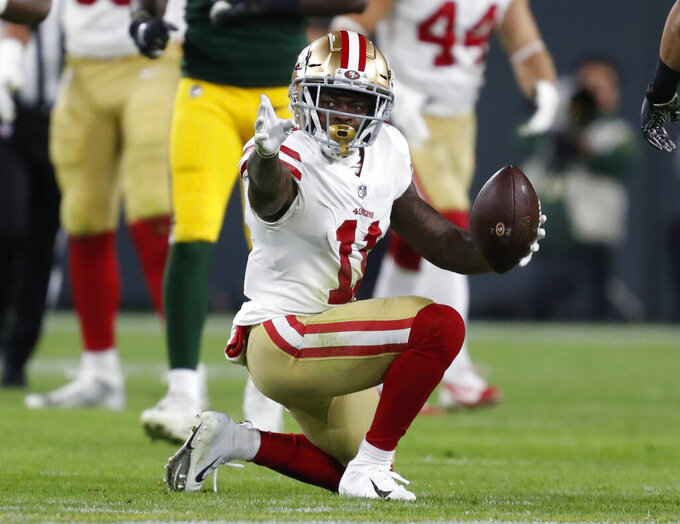 FILE - In this Oct. 15, 2018, file photo, San Francisco 49ers wide receiver Marquise Goodwin (11) celebrates after a catch for a first down during the second half of an NFL football game against the Green Bay Packers in Green Bay, Wis. The Philadelphia Eagles have acquired wide Goodwin from the San Francisco 49ers. The teams flipped sixth-round picks with Philadelphia getting No. 210 and San Francisco receiving No. 190 on Saturday, April 25, 2020.(AP Photo/Matt Ludtke, File)

The teams flipped sixth-round picks with Philadelphia getting No. 210 and San Francisco receiving No. 190.

Goodwin spent his first four seasons with Buffalo and past three in San Francisco. He has 140 receptions for 2,323 yards and 13 TDs in his career.

Goodwin has been plagued by injuries and played 16 games only once in 2017 when he had career highs in receptions (56) and yards (962).