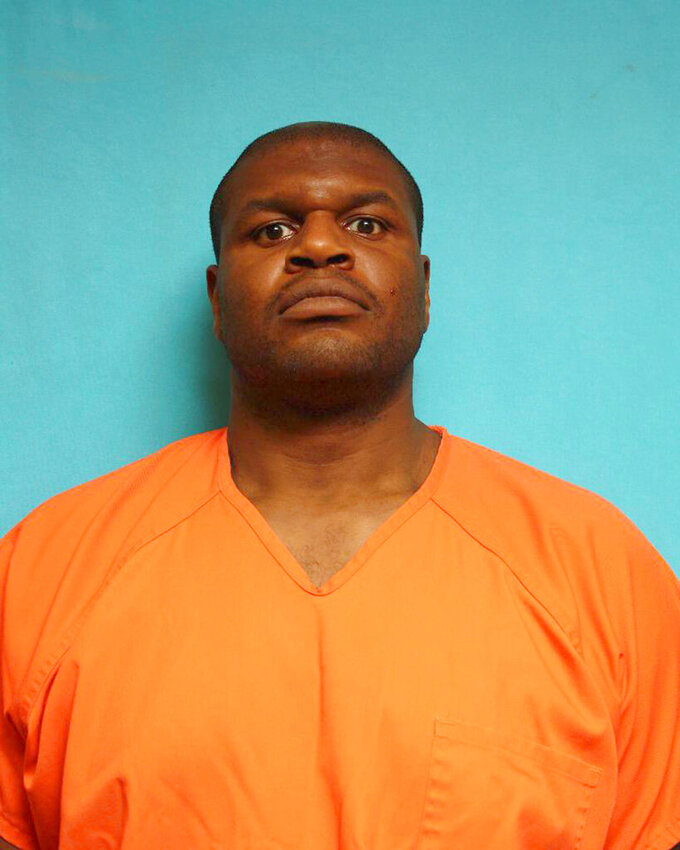 This photo provided by the Coppell Police Department shows Josh Brent. The former Dallas Cowboys player is being held on charges that include assaulting a public servant after authorities say officers found him intoxicated outside a Dallas-area fast food restaurant. Coppell police Sgt. Sammy Lujan says officers responded Sunday, June 30, 2019, after a caller expressed concern about a man talking to himself. Lujan says the 31-year-old Brent was intoxicated and resisted as officers attempted to place him in handcuffs. He was taken into custody after officers shot him using a stun gun.(Coppell Police Department via AP)

DALLAS (AP) — A former Dallas Cowboys player previously convicted in a drunken driving crash that killed a teammate has been charged with assaulting a police officer trying to handcuff him for public intoxication.

Josh Brent was arrested Sunday in the Dallas suburb of Coppell following the incident.

Coppell police Sgt. Sammy Lujan said officers responded after a caller was concerned about a man talking to himself and found Brent, 31, was intoxicated. Lujan said Brent then resisted as officers attempted to handcuff him and had to be subdued with a stun gun.

It's not clear if Brent has an attorney to speak on his behalf. He has worked for the Cowboys since retiring as a player four years ago. A message to the Cowboys seeking comment drew no immediate response.

In December, a Dallas jury returned a $25 million verdict against Brent and the owner of a now-defunct nightclub in the 2012 drunken-driving death of Brent's teammate, Jerry Brown Jr.

Brent crashed his car on the way back from the nightclub in Irving. Brown, his former college teammate at Illinois and roommate in Texas, was in the passenger seat. Witnesses recalled seeing Brent trying to pull Brown from the wreckage.

Tests later showed Brent had a blood-alcohol level of 0.18 percent, more than twice the legal limit. Brent was convicted in January 2014 of intoxication manslaughter and sentenced to 180 days in jail and 10 years' probation.

Brent left jail in June 2014 and spent the next month in a Dallas rehab facility.