Falcons' Gage, Terrell, Darby out with injuries vs Giants 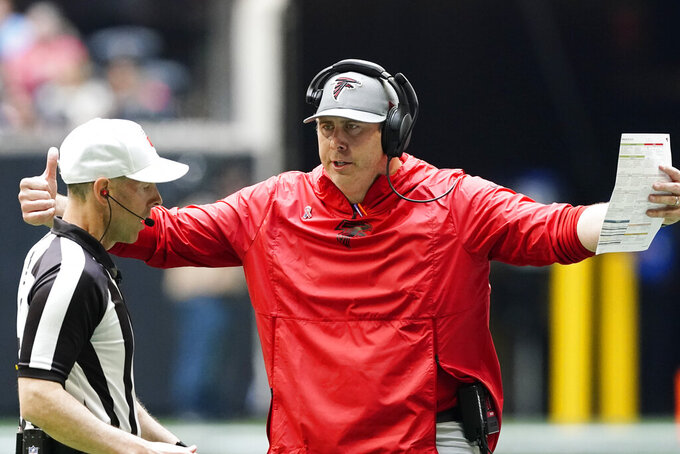 Atlanta Falcons head coach Arthur Smith speaks to an official during the first half of an NFL football game against the Philadelphia Eagles, Sunday, Sept. 12, 2021, in Atlanta. (AP Photo/John Bazemore) 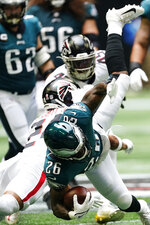 FLOWERY BRANCH, Ga. (AP) — The Atlanta Falcons will be without receiver Russell Gage and cornerback A.J. Terrell for Sunday's game against the New York Giants.

Coach Arthur Smith ruled out both players on Friday, along with rookie receiver Frank Darby.

Terrell is recovering from a concussion, Gage has an ankle injury and Darby is sidelined with a calf issue. None of the players practiced this week for the Falcons (0-2).

Gage had a career-best 72 receptions last season and was expected to take on an even larger role in the Falcons' offense after the trade of Julio Jones. Terrell was Atlanta's first-round pick in 2020 and had an impressive rookie season.

Darby was a sixth-round pick this year.