Falcons’ Kazee done for the year with Achilles injury 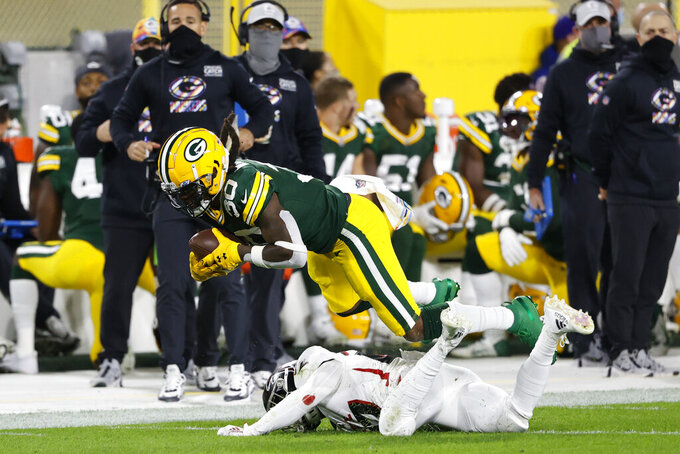 FLOWERY BRANCH, Ga. (AP) — Falcons coach Dan Quinn said safety Damontae Kazee will be placed on injured reserve and miss the rest of the season with a torn Achilles tendon.

Kazee was hurt in the second quarter of Atlanta’s 30-16 loss Monday night at Green Bay. It was a noncontact injury as Kazee crumpled to the field while in coverage.

Kazee is the fifth starter ailing in the injury-depleted secondary for the Falcons (0-4), but he’s the first to go on season-ending injured reserve.

Safeties Ricardo Allen (elbow) and Keanu Neal (hamstring) missed the game. Cornerback A.J. Terrell is on the COVID-19 reserve list, and cornerback Darqueze Dennard (hamstring) will miss at least the next two games.