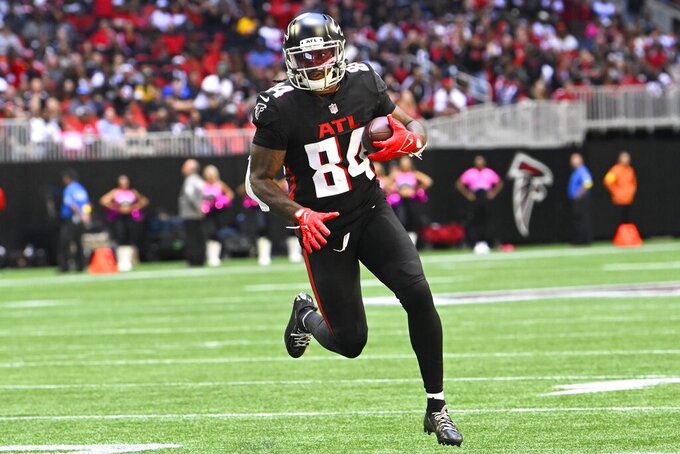 ATLANTA (AP) — The Atlanta Falcons must find a new starting running back after placing Cordarrelle Patterson on injured reserve on Monday with a knee injury.

Huntley, called up from the practice squad on Saturday, was signed to the 53-man roster on Monday. Huntley had 10 carries for 56 yards and a touchdown in Atlanta's 23-20 win over Cleveland on Sunday.

Allgeier led the Falcons with 84 yards rushing on 10 carries against the Browns. Patterson had nine carries for 38 yards and a touchdown.

Entering the weekend, Patterson ranked third in the NFL in rushing after setting career highs in two of the Falcons' first three games. He ran for 141 yards in a 27-23 win at Seattle on Sept. 25.

Patterson has rushed for 340 yards with three touchdowns through four games. The former wide receiver has four catches for 28 yards.