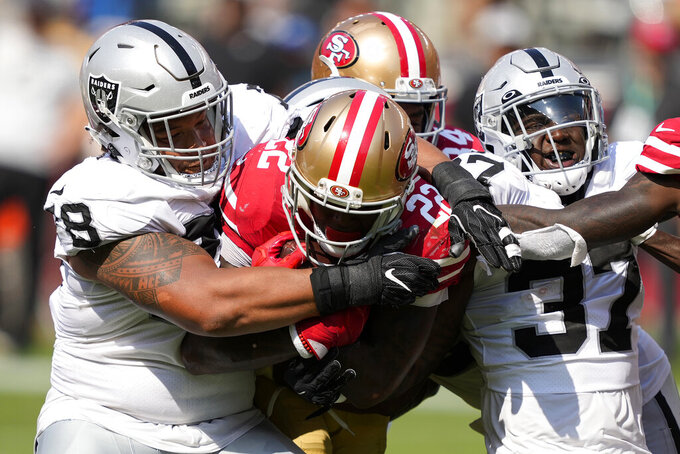 FLOWERY BRANCH, Ga. (AP) — The Atlanta Falcons have signed running back Wayne Gallman, a former Clemson star who was cut this week by the San Francisco 49ers.

The Falcons released running back Qadree Ollison on Thursday to make room for Gallman on the 53-man roster.

A native of the Atlanta suburb of Loganville, the 26-year-old Gallman rushed for a career-best 682 yards and six touchdowns last season for the New York Giants.

He signed a one-year deal with the 49ers in free agency, but was released by the team this week in its final round of cuts. The Falcons picked him up to provide veteran depth behind another newcomer, Mike Davis.

Gallman was a fourth-round pick by the Giants in 2017 after he helped lead Clemson to the national championship.

Ollison, a fifth-round pick in 2019, played in 11 games over two seasons in Atlanta. He rushed for 53 yards on 23 carries with four touchdowns.