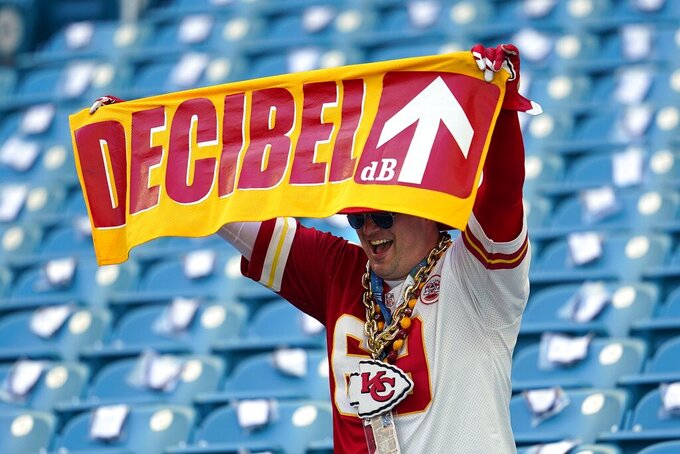 MIAMI GARDENS, Fla. (AP) — Fans have spoken, and the Immaculate Reception is their pick for the greatest moment of the NFL's first 100 years.

The NFL announced the results of fan voting Sunday before the Super Bowl, choosing the pass from Terry Bradshaw that Franco Harris scooped up at Three Rivers Stadium and took for a 60-yard touchdown in a 13-7 win over the Raiders in an AFC divisional game in December 1972.

Voting started in July with fans picking the best moment for each team, and the 32 moments were pared down before fans finally ranked the final four as part of the league's centennial celebration.

The victory by the Immaculate Reception beat out the Helmet Catch by David Tyree off a pass from Eli Manning in the 2008 Super Bowl as the Giants denied New England both perfection at 19-0 and the Lombardi Trophy. Dwight Clark's reception in the final minute of the 1981 NFC championship game at Candlestick Park best known as “The Catch” ranked third with Miami's perfect season in 1972 fourth.

To celebrate the Immaculate Reception's victory, Bradshaw and Harris, now both members of the Pro Football Hall of Fame, teamed up Sunday to reenact the moment Sunday during the Super Bowl pregame show on Fox.

“We put the ball in Terry's hands, and the rest is history,” Harris said.

Bradshaw quipped: “You got to know how to make it bounce baby!”

Not only is the NFL celebrating 100 years of football, the league also invited four veterans of World War II who are all 100 years old to take part in the coin toss.

Charles McGee, a member of the famed Tuskegee Airmen, flew 136 combat missions in World War II. He became a colonel who later flew in wars in Korea and Vietnam. He walked out with referee Bill Vinovich who handled the toss of the actual coin.

McGee was joined by a trio of other centenarian World War II veterans for the coin toss: Staff Sergeant Odon Cardenas, Lt. Col. Samuel Lombardo, Corporal Sidney Walton helping honor both their military heritage and the 100th anniversary of the NFL as a professional football league.

TICKETS FOR THE GAME

Sheryll Thomas of Bates City, Missouri, had one of the best deals possible for the Super Bowl: Free tickets.

She won her pair in a drawing at a 5k walk at Arrowhead Stadium in early October. So she knew for weeks she'd be inside Hard Rock Stadium for this game.

Then her favorite team, the Chiefs, won the AFC championship to earn Kansas City's first Super Bowl trip since 1970. She and her husband, Jack, arrived at the stadium decked out in Chiefs' jerseys and turned down lots of money for the opportunity to walk inside the Hard Rock Stadium.

“It's been overwhelming,” Sheryll Thomas said. “I've had so many people offer to buy them. I was offered $10,000 a while ago in the parking lot.”

Now the Thomases have one more wish.

“The only thing that’s going to make it better is to take home a win,” Sheryll Thomas said.

StubHub said the average ticket price was $6,513 hours before kickoff, 53% higher than a year ago when the Super Bowl was in Atlanta. Getting inside the gates cost $5,270.

Tony Leogrande of Fontana, California, also got his tickets for free. The Detroit fan and his wife have traveled to every home and away game since 2013, and the Lions rewarded Leogrande with a pair of tickets to the Super Bowl at their final home game. His wife didn't come to the Super Bowl, leaving Leogrande a spare ticket. He found Mike Bray, a Niners' fan from Pennsylvania.

Leogrande chimed in: “He knows more about me than my wife does already.”

Bray has lots of company. StubHub says Pennsylvania, Nebraska and New Jersey were among the states with the highest jump in ticket sales over the past two days with Pennsylvania ticket sales jumping 118% in that time.

BEST SEATS IN THE HOUSE

Make-A-Wish brought 19 wish kids and their families from 12 different states and Canada to the Super Bowl, and their seats couldn't have been much better.

“Ooooh! I love it!” said Terry, an 18-year-old from Michigan dealing with kidney disease. Normally a Lions' fan, Terry planned to cheer for San Francisco in this game.

Told his seat would be in the first row right behind the Niners' bench, 16-year-old Chris from Hawaii celebrated with a bit of a dance after a stunned response: “One?”

Make-A-Wish, founded in 1980 to help critically ill children, started teaming with the NFL in 1982 with the league helping grant the wish of John Paul Serna, a 12-year-old boy from Arizona who attended that year's Super Bowl. That was the ninth wish in Make-A-Wish history, and the organization has had at least one wish kid at every Super Bowl for 38 years with more than 250 wishes granted at this game.