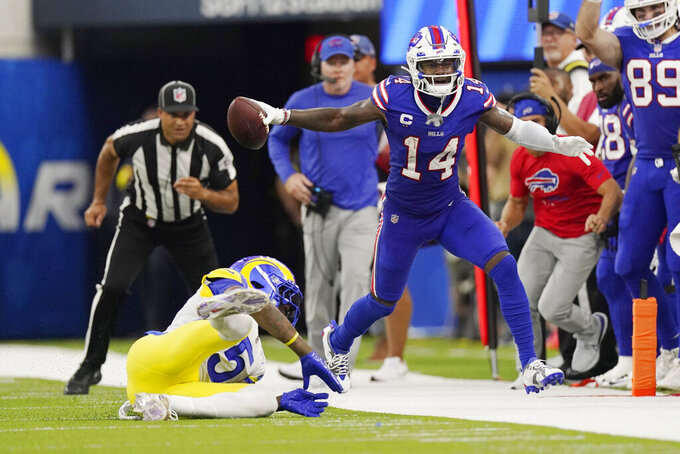 It’s the second week of the NFL season, and some of the top players in fantasy are already off to a fast start.

These players are my best bets to continue the trend at the RB and WR positions in Week 2.

Barkley was fantasy’s highest-scoring RB in Week 1, picking up 194 all-purpose yards, in addition to finding the end zone and adding a 2-point conversion. He faces the Panthers this week, our seventh-best matchup for RBs going into Week 2. Barkley is certain to get plenty of run in this one, largely because Carolina’s ability to stifle the pass, as they’re only our 27th-best matchup for opposing WRs. Playing more snaps (83%) than any other RB in Week 1, Barkley is going to be the beneficiary of any and all goal-line chances the Giants get this week.

The Eagles, Cooks’ opponent this week, are middling in defending some offensive positions, but they’re our sixth-best matchup for opposing RBs in Week 2. They’ve already given up the most points to RBs this season, as both D’Andre Swift and Jamaal Williams scored against them in Week 1. Cooks has favorable -125 odds to score this week, after playing 77% of snaps last in Week 1, third-best rate in the league for a RB.

Jacobs was kept out of the end zone in Week 1 against the Chargers, but his Week 2 matchup against the Cardinals leans more in his favor. Arizona is our third-best matchup for opposing RBs going into Week 2, and Jacobs has -125 odds to score a TD. Jacobs is a strong bet to come through this week.

Having already scored in Week 1, Diggs has -105 odds to reach the end zone this week against the Titans, our third-best matchup for WRs going into Week 2. We’ve seen already that both Diggs and Gabe Davis can thrive in the same week, and Week 2 should be no different. No. 6 in WR TDs in 2021 (10), Diggs is off to another fast start this season.

With 129 yards and a TD to show for his Week 1 matchup with the Steelers, Chase goes up against the Cowboys this week. Dallas is in the middle of the pack in most defensive categories, but after Tampa Bay exposed them on Sunday night, Vegas loves Chase’s odds to score (-105). With the third-highest TD total (13) for a WR in 2021, Chase is likely to continue his successful ways in Week 2.

Adams showed everyone in Week 1 that he doesn’t need Aaron Rodgers to thrive on the field, putting up 141 yards and a score with his college QB Derek Carr. Playing 95% of snaps, Adams rarely left the field, and his outlook is similar for his Week 2 game with the Cardinals, our absolute best matchup for WRs going in. With -135 odds to find the end zone, Adams is a prime candidate to score in Week 2.